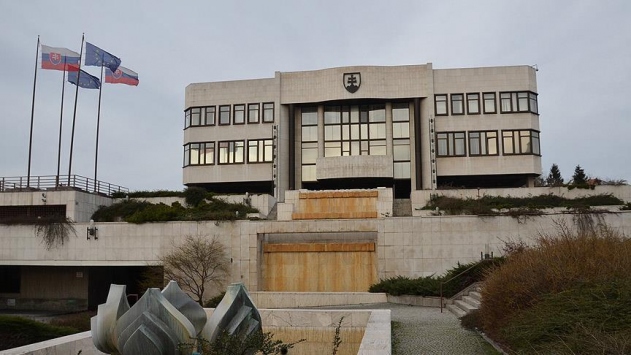 The government in Slovakia has approved a law effectively preventing Islam being registered as a state religion for a number of years.
The bill was proposed by the Slovak National Party (SNS), and requires a religion to have at least 50,000 followers before it qualifies for state subsidies.
According to the most recent census, there are currently around 2,000 Muslim people living in Slovakia out of a population of 5.4million, and there are no registered mosques.
The law was approved by a two-thirds majority in parliament comprising both ruling and opposition parties, and a proposal to increase the threshold to 250,000 was blocked.
The SNS claimedthe new law was meant to prevent speculative registrations of churches, such as the satirical Church of the Flying Spaghetti Monster, which has amassed followers worldwide.
“Islamisation starts with a kebab and it’s already under way in Bratislava, let’s realise what we will face in five to 10 years,” SNS chairman Andrej Danko told Reuters after the legislation was passed.
“We must do everything we can so that no mosque is built in the future.”
In May, Slovakia’s prime minister Robert Fico said “Islam has no place” in the country shortly after regaining the premiership for the third time.
“I think it is the duty of politicians to talk about these things very clearly and openly. I do not wish there were tens of thousands of Muslims. They are changing the character of the countries [they come to].”
Over 62 per cent of people in Slovakia are said to be Roman Catholic, and the former Soviet satellite state has resisted allowing refugees into the country since the European crisis began.
In July, the Slovakian government defied the European Parliament by refusing to accept refugees from refugee camps in Turkey.