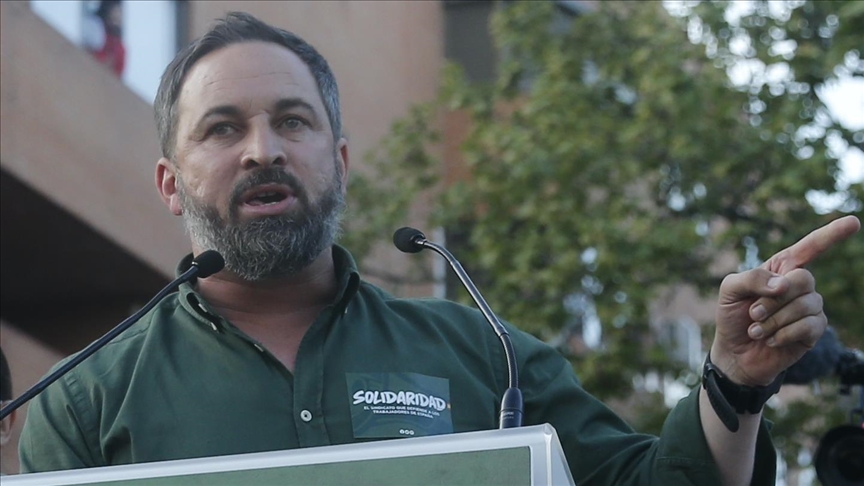 The leader of Spain’s Vox party said Wednesday that Ukrainian refugees, not Muslim migrants, should be welcomed in Spain.

“Anyone can tell the difference between them (Ukranian refugees) and the invasion of young military-aged men of Muslim origin who have launched themselves against European borders in an attempt to destabilize and colonize it,” Santiago Abascal said in parliament.

The far-right party leader firmly condemned the Russian war in Ukraine and insisted that many of “Putin’s allies” are in Spain’s progressive government coalition.

But as the war broke out, the Vox party’s position was not so clear.

In the region of Aragon, Vox politicians refused to support a text condemning Russian aggression in Ukraine because they “didn’t want to improvise.”

During the weekend, the two leaders of the Vox in the Spanish enclave of Ceuta also came out in favor of Russian President Vladimir Putin. They later backtracked on their statements.

In 2015, Abascal quoted Putin in a tweet that said: “We will go to the end of the world to find you, and there, we will kill you.”

But now, the far-right leader is more interested in comparing himself to Ukrainian President Volodymyr Zelenskyy.

“To Putin, (former Pedemos leader) Pablo Iglesias and the allies of (Prime Minister Pedro) Sanchez, this man is a neo-nazi,” tweeted Abascal, who has also been called a neo-nazi. “To the free world, he’s an example, a hero and a patriot.”

Vox has seen a sharp rise in popular support in recent weeks, even threatening to pass the center-right Popular Party, which is undergoing a major crisis due to internal in-fighting.

But Abascal and his allies like France’s Marine Le Pen, Italy’s Matteo Salvini and even former US President Donald Trump have come under heavy criticism in recent days for their vocal support of Putin in the past.

What this means for Vox’s future in Spanish politics remains to be seen.