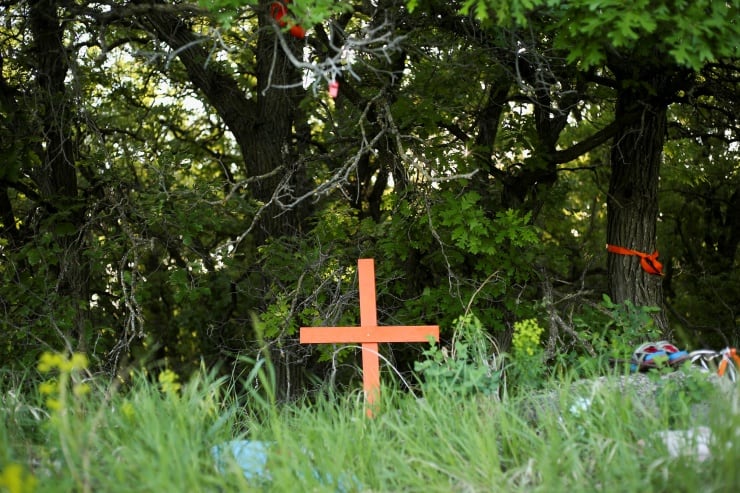 The story below contains details of residential schools that may be upsetting. Canada’s Indian Residential School Survivors and Family Crisis Line is available 24 hours a day at 1-866-925-4419.

Another First Nation community in Canada has uncovered potential graves at a former “residential school”, as the country continues to grapple with the scale of the “horror” that occurred at the assimilation institutions that Indigenous children were forced to attend for decades.

Kapawe’no First Nation, about 370km (230 miles) north of Edmonton, Alberta, said on Tuesday that it found “169 anomalies … associated with graves” in a search of the grounds of the former Grouard Mission residential school.

The search was conducted using ground-penetrating radar and drones, the community said.

“The grief of finding our stolen children has opened fresh wounds as we remember the horror and devastation our people felt when our children were forcibly removed from their families and communities to institutions known as residential schools,” said Chief Sydney Halcrow.

“We can now begin our collective healing and honour the lives of these children so they can finally rest in peace.”

Canada forced more than 150,000 First Nations, Inuit, and Metis children to attend residential schools between the late 1800s and 1990s. The children were stripped of their languages and culture, separated from siblings, and subjected to psychological, physical and sexual abuse. Thousands are believed to have died while attending the institutions, which were run by various churches, most notably the Roman Catholic Church.