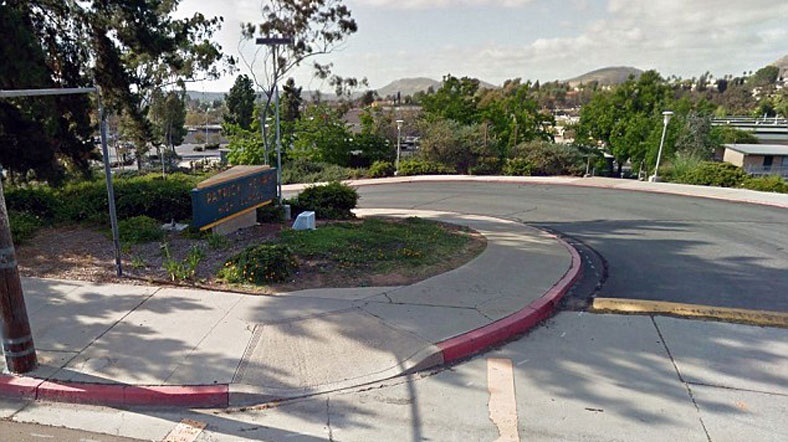 A Southern California classroom was filled with high school freshmen when one of them realized that she needed to run to the restroom.
Patrick Henry High School in San Diego, however, had a policy at the time stipulating that students were not permitted to take bathroom breaks during class — and the teacher took a strict interpretation of it.
The teacher, Gonja Wolf, forbid the 14-year-old girl from leaving the classroom that Wednesday in February 2012. Instead, she let the girl pee in a bucket, then empty it in a classroom sink, according to a lawsuit.
The gossip reportedly spread through the school, then hit the news media, leading to the girl’s anxiety, depression and an attempted suicide.
Now five years later, the San Diego Unified School District was ordered Wednesday to pay the student, who is now 19, more than $1.25 million in damages and $41,000 to cover medical bills, according to the San Diego Union-Tribune.
“Something like this never should have happened to a 14-year-old girl just entering high school,” Brian Watkins, an attorney for the teenager, told the newspaper this week. “She took the stand and told a really embarrassing story, she told the jury how this has affected her life and how she is still working through issues.”
The ruling Wednesday concluded a years-long court battle in the Superior Court in San Diego.
The lawsuit, which was filed in 2012 against Wolf and the San Diego Unified School District, claims that on Feb. 22, 2012, the girl was forced to urinate in a small supply room next to the classroom and then take her urine back into the classroom for disposal. The lawsuit argues it was done to “humiliate and disgrace” the girl for trying to use the restroom during class time.
It states:
“In the presence of several of [the student’s] male classmates, Wolf told [the student] that she could not leave the classroom regardless of the urgency of the situation and that she would have to pee in a bucket if she really needed to go. These instructions were explained in the presence of said classmates and Wolf then took [the student] to a small room and instructed her to pee in a bucket, then empty the contents in an unused classroom sink, and finally return the bucket back to the room.”
The lawsuit alleges that the girl “was given no choice except to comply with these instructions.”
Although the girl tried to keep the news of the incident quiet, it spread, to her “detriment and humiliation,” according to the lawsuit.
Television crews showed up at the girl’s home and at her school, according to news reports.
Watkins, her attorney, told jurors this month it was publicized from “Pakistan to the U.K,” according to the San Diego Union-Tribune.
“It was devastating,” Watkins said. “She’s a 14-year-old girl at the time and she can’t handle it.”
She transferred schools — twice.
She started seeing a therapist.
But, her attorney told the jurors, she could not overcome it and, at one point, she ended up in the emergency room after an attempted suicide, according to the San Diego Union-Tribune.
The school district’s attorney said that Wolf, a favorite art teacher, thought she had found a way around the school’s no-bathroom-break policy.
In a “lapse of judgment, she thought that was a good idea,” attorney Kathryn Martin told jurors this month, according to the Union-Tribune.
Martin added that although the school had imposed a policy banning bathroom breaks during class time, it expected teachers to use “common sense” when determining whether to enforce it, according to the newspaper.
Martin told jurors that after the incident, school administrators put the teacher on paid leave and apologized to the girl, offering to help by rearranging her class schedule, but she declined, according to the newspaper.
The Union-Tribune reported that Wolf never went back to teach at the school.
Attorneys Martin and Watkins as well as the school district could not immediately be reached for comment.
Source: https://www.washingtonpost.com/news/education/wp/2017/01/26/a-student-wa…