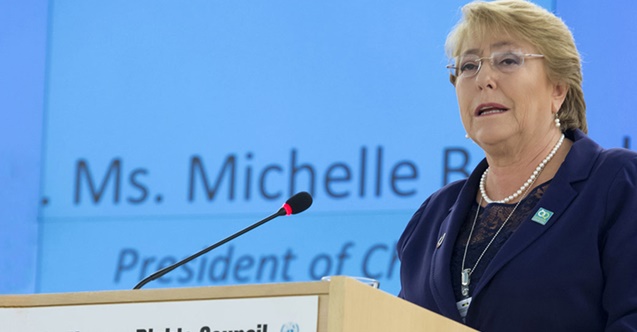 “This clearly also has damaging impact on prospects for peace and sustainable development for Israel, as well as the surrounding region”, she argued.

Ms. Bachelet was briefing the UN Committee on the Exercise of the Inalienable Rights of the Palestinian People, in Geneva.

She argued that, “no matter how long the road has been, ‘never-ending’ cannot be an acceptable description for any situation in which human rights are violated and abused.”

“Only an end to the occupation can bring about lasting peace and establish the conditions in which the human rights of all can be fully respected”, she added.

In May of this year, there was the most significant escalation in hostilities since 2014, resulting in the killing of 261 Palestinians including 67 children. The High Commissioner Office (OHCHR) determined that 130 of those killed were civilians.

At the time, the Human Rights Council decided to establish an independent, international commission of inquiry. Its first report should be presented in June of next year.

For Ms. Bachelet, the people of Gaza also continue to suffer from a 15-year land, sea and air blockade implemented by Israel, with vital infrastructure crumbling and a decaying sewer system.

She also noted that reconstruction and recovery efforts are ongoing, the fragile cessation of hostilities continues to hold, and some goods have been gradually allowed to enter Gaza.

On 7 November, they were also declared unlawful in the occupied territory under the Emergency (Defence) Regulations of 1945.

According to Ms. Bachelet, these decisions “appear to have been based on vague or unsubstantiated reasons, including claims related to legitimate and entirely peaceful human rights activities.”

All six organisations have worked with the international community, including the UN, for decades.

For the High Commissioner, claims of links to terrorism are “extremely serious”, but “without adequate substantive evidence, these decisions appear arbitrary, and further erode the civic and humanitarian space in the occupied Palestinian territory.”

“They can therefore legitimately be viewed as an attack on human rights defenders, on the rights to freedoms of association, opinion and expression, and on the right to public participation”, she argued.

Since June 2021, OHCHR has also documented cases of assaults of journalists and human rights defenders, as well as intimidation, gender-based violence and harassment, excessive use of force, arbitrary arrests and censorship.