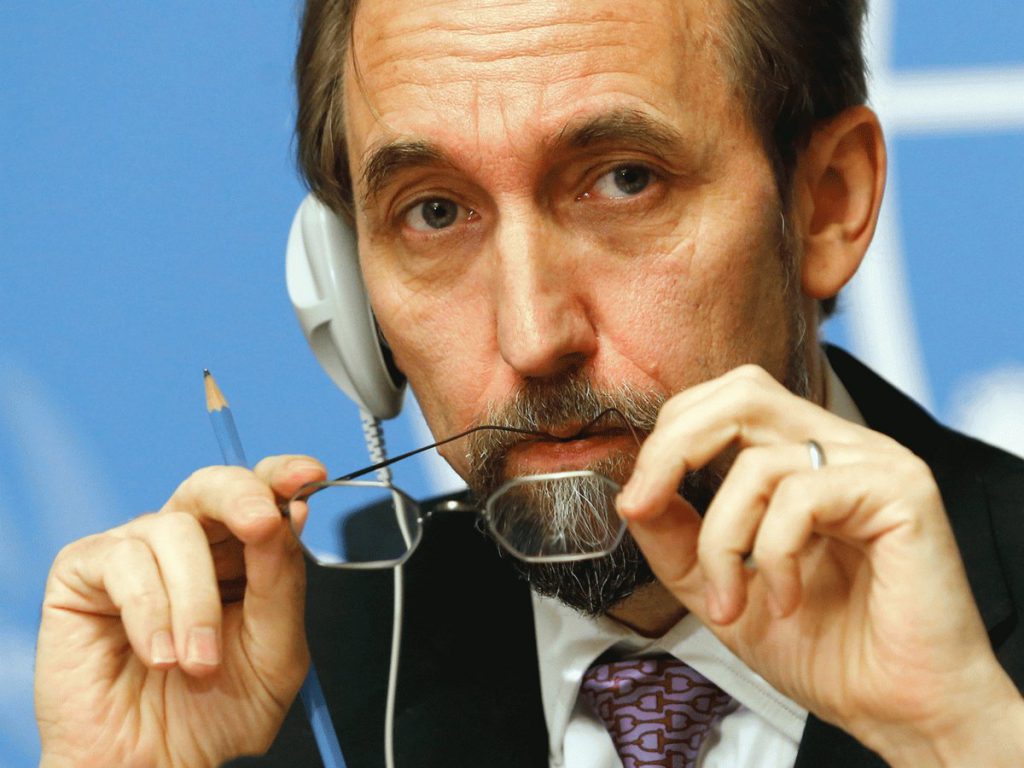 Human rights are at risk of “unravelling” under unprecedented pressure and the “rhetoric of fascism” is being normalised, the United Nations has warned.
The UN’s human rights chief Prince Zeid bin Ra’ad Zeid al-Hussein also described 2016 as a “disastrous year”.
Ahead of the International Human Rights Day on Saturday, Mr Hussein’s speech gave a thinly veiled assessment of conflicts in the Middle East and of the recent wave of anti-immigration politics.
“2016 has been a disastrous year for human rights across the globe,” Mr Hussein said. “If the growing erosion of the carefully constructed system of human rights and rule of law continues to gather momentum, ultimately everyone will suffer.”
Mr Hussein, the United Nations high commissioner for Human Rights, referenced the war in Syria.
An estimated 11 million Syrians have fled their homes since the outbreak of civil war in March 2011 and around one million of them have requested asylum in Europe.
He said it had unleashed a massive refugee crisis, extremist movements that are subjecting people to “horrific violence”, climate change, discrimination and “yawning economic disparities”.
The Jordanian warned that the failure of many leaders to deal with such issues has pushed many to turn to “the siren voices exploiting fears, sowing disinformation and division, and making alluring promises they cannot fulfil”.
His comments follow the 23 June Brexit vote, the surprise US election of Donald Trump and the defeat of Italian Prime Minister Matteo Renzi’s referendum on constitution change.
All have been claimed, including by former Ukip leader Nigel Farage and far-right French politician Marine Le Pen, as victories for anti-establishment populism.
Hate crimes have spiked dramatically after the 70-year-old billionaire tycoon’s 8 November election triumph.
”In some parts of Europe, and in the United States, anti-foreigner rhetoric full of unbridled vitriol and hatred, is proliferating to a frightening degree, and is increasingly unchallenged,“ said Mr Hussein.