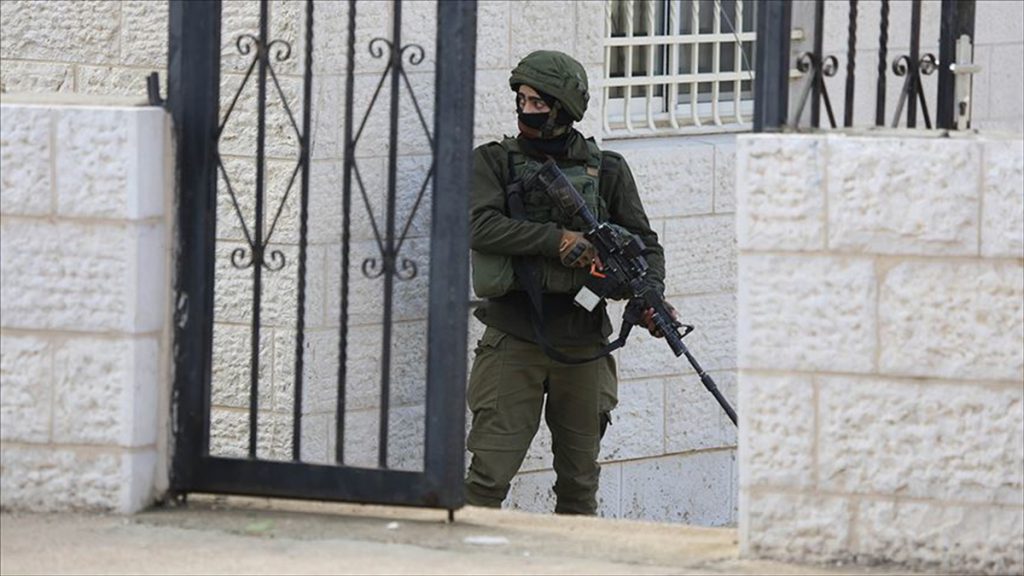 Israeli Occupation Forces (IOF) on Thursday overnight arrested 37 Palestinians, including a journalist, through raids on different cities of the West Bank.
The Palestinian Prisoners’ Society (PPS) confirmed in a press statement that Israeli police rounded up 17 Palestinians from Jerusalem district.
Two of the 17 detainees were identified as residents of al-Tur neighborhood and the 15 others as residents of al-Essawiya neighborhood.
In Bethlehem district, Israeli forces conducted a raid in al-Ein neighborhood of Bethlehem city, rounding up a Palestinian.
A military force barged its way into al-Asakra village, east of the city, where they rounded up two others.
Meanwhile, PPS confirmed that Israeli forces rounded up eight Palestinians, including an injured teen, in multiple raids across the southern West Bank district of Hebron.
Four of the eight detainees were identified as teens from al-Fawar refugee camp, two others as residents of Beit Ummar town, another as a resident of Adh-Dhahiriya town, and the other as a resident of Hebron city.
During the raid into Adh-Dhahiriya town, south of the city, Israeli troops seized two vehicles.
In Ramallah and al-Bireh district, Israeli forces barged their way into al-Mazra’a ash-Sharqiya town, northeast of the city, where they rounded up three Palestinians.
PPS confirmed that another was detained from the district.
In the northern West Bank, PPS confirmed a military raid in Nablus city, resulting in the detention of another.
In Jenin district, a military raid was conducted in Sanur town, southwest of the city, resulting in the detention of four brothers.
This came as a journalist from Jenin city was rounded up from his house in Nablus city.
Meanwhile, PPS confirmed a military raid in Tammun town, northeast of Tubas city, resulting in the detention of another Palestinian.
Source: MENAFN