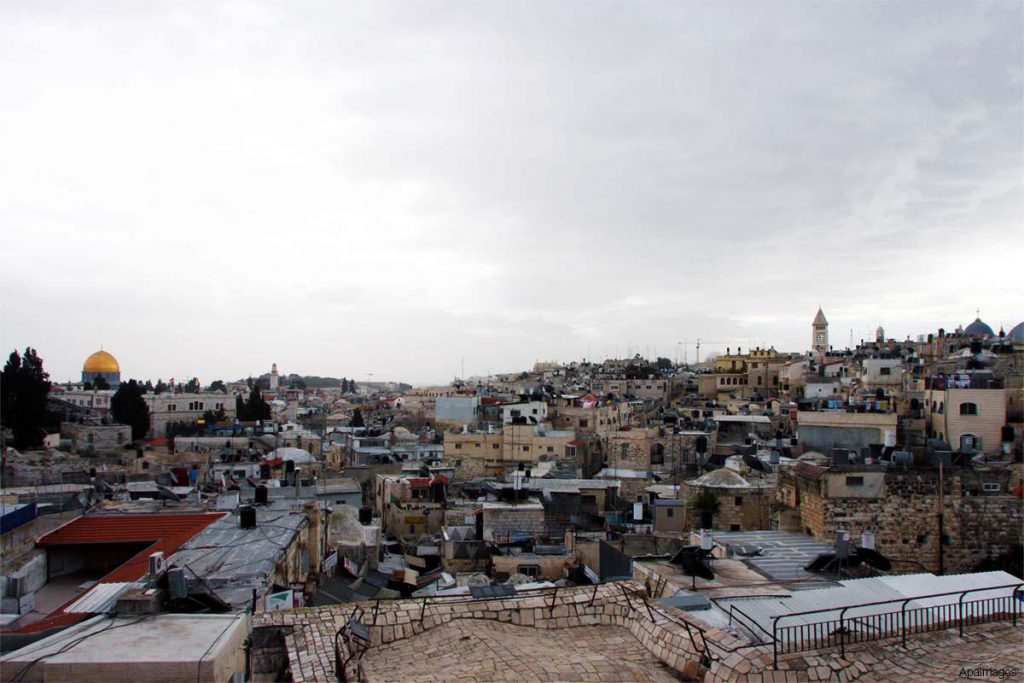 Employees of Israel’s Nature and Parks Authority escorted by Israeli forces raided the Palestinian Bab Al-Rahma cemetery in occupied East Jerusalem yesterday and installed a sign forbidding burial in parts of the cemetery which have been claimed to become a national park.
The head of the committee for the preservation of Islamic cemeteries in Jerusalem, Mustafa Abu Zahra, told Ma’an that the Israeli Nature and Parks Authority crew installed around 10 signs in different areas in the cemetery in both Arabic and Hebrew reading “National Park around Jerusalem wall”, “open public area”, and “no burials allowed”.
Abu Zahra added that the area targeted yesterday included plots belonging to the Al-Husseini and Al-Ansari families in the eastern area of the cemetery, and amounted to three to four dunams (0.003-0.004 square kilometres) of confiscated lands.
Abu Zahra said that some graves in the Al-Husseini area had been erected during the era of the Ottoman Empire, and that old Egyptian graves were located in the Al-Ansari part of the cemetery, adding that the cemetery was Islamic property and that Israel had no right to infringe upon it.
A spokesperson for the Israeli Nature and Parks Authority did not respond to a request for comment from Ma’an today.
Israel has been confiscating land in the more than 1,000-years-old Muslim cemetery of Bal Al-Rahma since September 2015 to make a park, although Palestinian officials have said that Israeli authorities have chipped away at Bab Al-Rahma for years.
Israeli authorities have also demolished graves and prevented burials in Bab Al-Rahma, which runs along the eastern wall of Jerusalem’s Old City, in the past several months.