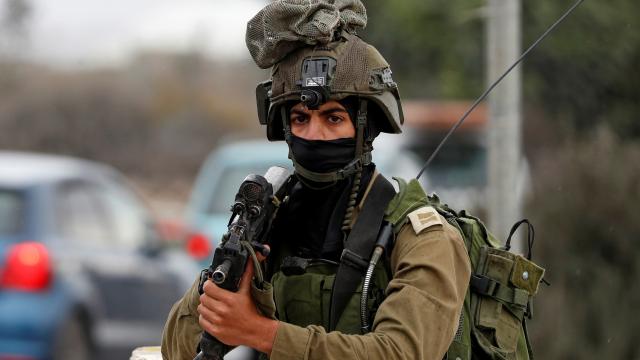 The Israeli army fired live ammunition on a Palestinian man, killing him and wounding his wife, according to the Palestinian health ministry.

The man died “after sustaining head wounds from live fire in Bir Nabala (in the occupied West Bank) … and his wife suffered bullet wounds to her back,” the ministry said.

The Palestinian official Wafa news agency said the shooting took place at dawn as the couple was traveling in their car.

The Israeli army claimed its troops had “thwarted an attempted car-ramming attack against a group of soldiers operating at a checkpoint south of Ramallah.” It said the checkpoint was a temporary one, set up during “operational activity” in Bir Nabala.

“Soldiers at the checkpoint spotted a vehicle stopping at the checkpoint and suddenly accelerating towards another group of soldiers operating in the area, in a way that endangered the lives of the soldiers. “The soldiers responded with fire in order to thwart the threat,” the army said.

Wafa identified the dead man as Osama Sidqi Mansur, 42, citing local sources. The news agency said there had been clashes between Palestinian residents and the Israeli army in the Bir Nabala area on Monday evening.

Israel has occupied the West Bank since the Six-Day War of 1967.

There are currently about 475,000 Jewish settlers in the West Bank, considered illegal by most of the international community, alongside some 2.8 million Palestinians. International rights groups have repeatedly condemned the Israeli occupation, labeling it as an “apartheid.”

Palestinian and Israeli rights groups have accused Israel of using excessive force in some instances and of killing some suspected attackers who could have been apprehended.