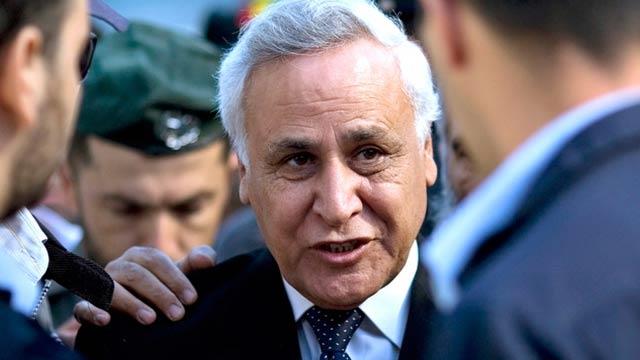 Disgraced former Israeli President Moshe Katsav has been granted early release after serving five years in prison for rape.
An Israeli parole board agreed Katsav can walk free after serving five years of his seven-year jail term.
“There is no doubt… the prisoner underwent a change,” the parole board wrote in its decision. The board previously rejected his parole requests twice.
However, it said it had questioned Katsav about his actions and their consequences, and was “impressed by the honesty of his answers”.
Zehava Galon, the head of the liberal political party Meretz, called the ruling “cowardly.” She wrote on Facebook that the early release sent a message to his victims and rape victims in general that “you can rape women and get out of it easily, especially if you are well connected”.
Under the terms of his release, Katsav cannot travel abroad for two years or grant interviews to the media, and must not leave his house after 10pm.
He has been ordered to attend weekly therapy sessions, and will not be able to serve in any position in which he oversees women.