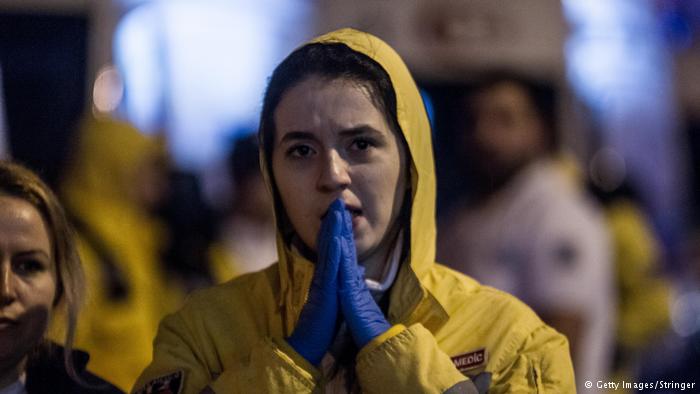 Cologne’s chief of police has rejected criticism over accusations that officers used racial profiling while conducting identification checks on New Year’s Eve.
Authorities in the city had stepped up security measures for revelers after last year’s spate of sexual assaults which were blamed on refugees of North African descent.
More than 1,500 officers were deployed to the inner city, with additional support of several hundred federal police present at railway stations.
Officers screened around 650 “primarily Arab-looking” men as they traveled through Cologne’s main train station, a spokesperson told CNN.
Six were formally arrested, three of whom already faced warrants for their arrest. Authorities provided no details as to the nationalities of those in custody. A further 300 young people were stopped in Deutz, the station before Cologne’s main terminus, due to overcrowding, police added.
Speaking to the press, Cologne’s police chief, Jurgen Mathies, admitted officers had specifically targeted men who appeared to be North African to undergo checks, but defended their actions.
“I reject this negative criticism. We have decided to take these measures as we had insights. We have observed the situation. Together with the federal state police we have seen a highly aggressive group of men out of nowhere and this is why we have decided to implement our security concept as previously decided.
“Our experiences, from last New Year’s Eve and previous raids that took place, showed we needed to check those people. They were not gray haired older men nor blonde young women,” he added.
Police have also faced a public backlash after using describing those detained as “hundreds of Nafris” in an update to their social media channels.
“Nafri” is a colloquial term used in Germany for North Africans, police told CNN. When asked about it by German media, Mathies said, “The term was used in a very unfortunate way. It is used within the police internally and also in the media. But again, it is very unfortunate it was used in the midst of this situation, I regret this very much and I cannot take it back.”
Some say the expression is free of any racial connotations, while others, including politicians from the left leaning SPD and the Greens, say it is highly dehumanizing.
Source: http://edition.cnn.com/2017/01/02/europe/cologne-police-alleged-racial-p…