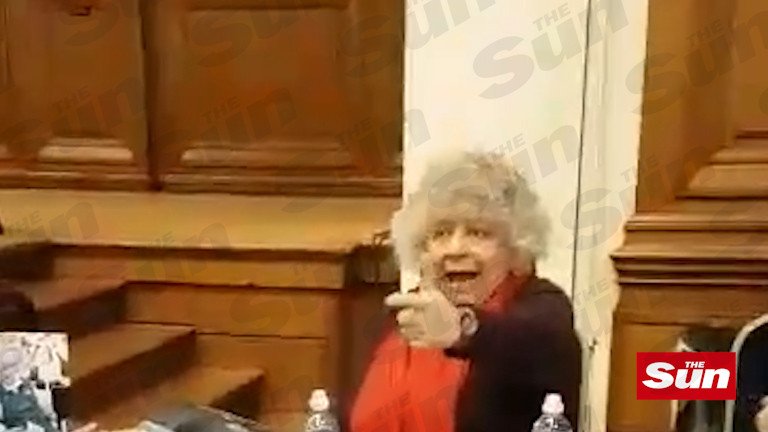 Harry Potter star Miriam Margoyles sparks race row after ‘humiliating’ black fan at £5-a-time autograph signing.
Harry Potter actress Miriam Margolyes has been accused of making a “racist joke” which left a “black man feeling humiliated” at an autograph signing.
Margoyles was charging £5 for signed photographs at the London Film Convention when she told the man “Jews and blacks, they get a discount”.
BAFTA winner Margoyles, who is 75 and Jewish herself, had earlier said to the man “I’m giving you a discount because you’re black”.
She had earlier said “can’t you afford five quid?” as he took photos of her.
The veteran actress, who played Professor Sprout in the Harry Potter films, can be seen making the remarks in footage obtained exclusively by The Sun Online.
The woman who filmed the video has asked not to be named, but said: “I think she was being racist yeah.
“I showed the video to my family and they all agreed it was too.”
Margoyles’ website states that she donates money to charities including “Jewish Care” and “Street Child Africa”, but the woman who filmed her cracking the “joke” has said she seems “detached from modern times”.
She added: “There were lots of us stood around taking photos but he was the only man who was black.
“She singled him out absolutely.
“The man was taking photos like lots of us were, I was filming.
“She was being a loose canon and a big character shouting all sorts of stuff out.
“Then she made that quip about jews and blacks and everyone was just staring at the ground and looking embarrassed.
“I recognised the man she targeted from other events and he looked humiliated.”