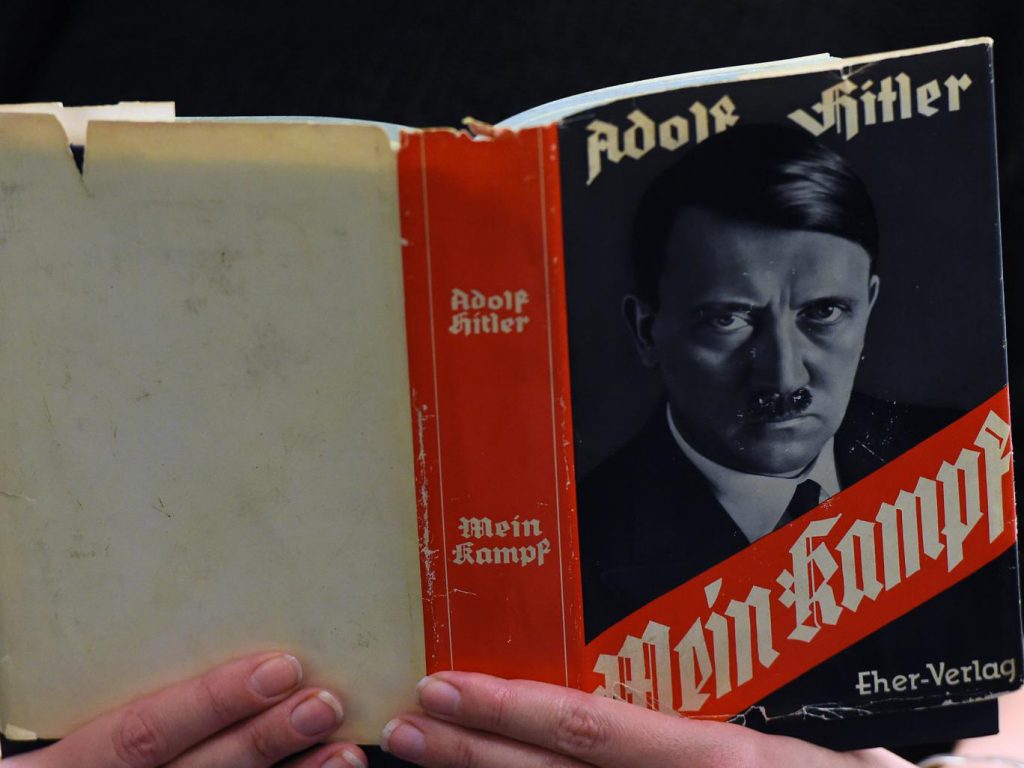 Italy’s education ministry received a nasty shock after a poll seeking to find out what the most ‘beloved’ book among children returned an unwelcome entry.
The cross-country survey of 140,000 secondary school classrooms was intended as a means to understand which works by Italian authors were the most popular, but somehow ended up including Adolf Hitler’s Mein Kampf, according to La Repubblica.
Mein Kampf (‘My Struggle’), is the partly-autobiographical work that outlined Hitler’s ideology, and formed the basis for Nazism. It was written while he was imprisoned following his failed Putsch in Munich in November 1923, and published on 18 July 1925.
Ten classes in Palermo, Cantanzro (Calabria), Potenza (Basilicata), Tivoli and Gaeta in Lazio, Udine, Trieste and Piacenza, selected Hitler’s book as one of their favourite reads.
Alessandro Fusacchia, from the Italian ministry for education, called the choice “particularly nasty” but added that the book was not eligibile for the vote in any case, because the pupils were asked to select books by Italian authors that had been published since the year 2000.
“We are investigating, but we were convinced it was not a bad interpretation of the request, but rather a free voice,” he said.
He noted that teachers, rather than students, had been responsible for submitting the final responses, which were chosen following class discussions about reading.
However he went on to praise the high level of participation and the variety of other books that were selected, calling it a “great celebration of books and reading”.
The Local reports that the top three books selected by students were Bianca come il latte, rossa come il sangue (‘White As Milk, Red As Blood’) by Alessandro D’Avenia, Io Non Ho Paura (‘I’m Not Scared’) by Niccolo Ammaniti, and Gomorra by Roberto Saviano.
Gomorra is a non-fiction investigative book that documents Saviano’s infiltration of various aspects of daily life controlled or affected by the Camorra, a powerful mafia-like organisation which began in the region of Campania and its capital Naples.
Votes were cast for over 10,000 different titles, with a total of 138,000 schools and 3.5 million students taking part in the survey between 1 June and 1 December.
Mein Kampf recently went on sale again in Germany after a 70-year-ban by the state of Bavaria, which owned the copyright. That copyright expired on 31 December 2015 and it went back into print, with most German-Jewish organisations welcoming the publication.
Source: http://www.independent.co.uk/arts-entertainment/books/news/mein-kampf-ad…