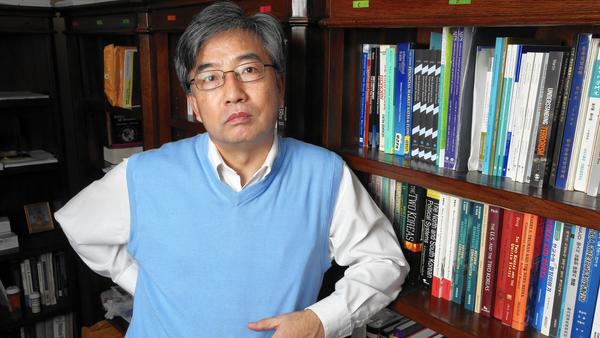 An international relations professor at the University of Illinois at Chicago was forced to teach statistics after being told he was most qualified because Asians, particularly Koreans, are very good at math, a recent federal lawsuit charges.
The allegation is one of a number leveled by South Korea native Seung-Whan Choi, who is suing the public university over job discrimination and harassment on the basis of his race and national origin.
ccording to the complaint, dated Dec. 27, Choi was fired from a tenure-track position in 2010, and then reinstated more than a year later after bringing a discrimination charge against the school with the Equal Employment Opportunity Commission (EEOC). The reason for Choi’s termination wasn’t immediately clear from the lawsuit.
“[A]s a further direct and proximate result of said harassment, [Choi] has suffered great humiliation which is manifest in physical illnesses and emotional stress on the relationships between [Choi] and his friends, family, and colleagues,” Choi’s attorneys wrote in his lawsuit.
After the case was settled through mediation, Choi, a faculty member since 2004, was granted tenure and an associate professorship in 2011 with the Department of Political Science, court papers said.
But in the ensuing years, despite having received high teaching evaluations from undergraduates and having made significant research contributions, Choi alleges he suffered harassment, discrimination, and retaliation for filing the EEOC complaint, according to the lawsuit filed in U.S. District Court in Chicago.
NBC News contacted the University of Illinois at Chicago for comment, but did not receive a response.
The suit, among other things, claims Choi was not given adequate raises compared to colleagues, was “ostracized within the department and accused of not providing sufficient service to the department,” and was initially passed over in September for promotion to full professor.
Choi also alleges he was harassed and discriminated against when he was made to teach outside his area of expertise.
In one instance, Choi said he was forced to teach an undergraduate course last Spring in Korean politics because he was born and lived in South Korea, the complaint reads. Choi alleges he was threatened with unfavorable department teaching evaluations if he didn’t comply, even though he lacked formal training in the subject, court filings said.
On another occasion, Choi was allegedly required to teach statistics courses “and was told that because Asians, especially Koreans, are very good at mathematics and statistics, [he] was most qualified to teach the subject,” according to the suit.
By contrast, the complaint said, no U.S.-born faculty had been required to teach American politics if unqualified, nor had any tenured or tenure-track staff been made to teach the same statistics courses.
Choi also claimed that in 2015 then-department head Dennis Judd harassed and discriminated against him. After Choi approached Judd over a student’s grade that Judd had changed without consulting Choi, Judd said “as a foreigner, [Choi] has to keep in mind who he is dealing with and what he is wishing for,” the complaint alleges.
Judd added “he knows that many Koreans are stubborn and do not understand American culture of compromise when dealing with their boss,” court documents allege.
An NBC News request for comment sent to Judd Wednesday was not returned.
Choi got the go-ahead from EEOC on Oct. 19 to sue the University of Illinois at Chicago after filing a complaint two weeks earlier, court filings said.
The lawsuit said Choi, now a full professor, has suffered depression and severe anxiety as a result of the alleged discrimination. It asks for unspecified compensatory and punitive damages, as well as back pay, future earnings, and reimbursement for income and fringe benefits.
Source: http://www.nbcnews.com/news/asian-america/professor-alleges-racial-discr…