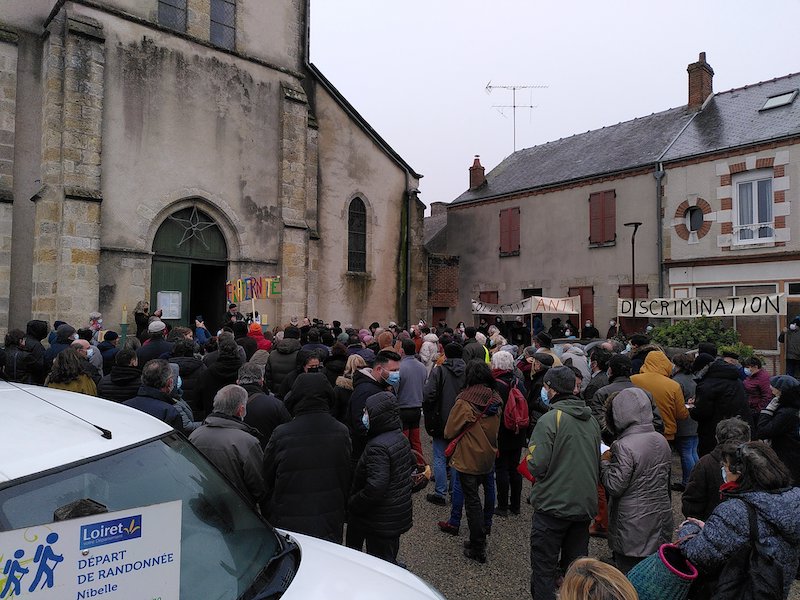 Turgut Baştan, who lives in the town of Nibelle, near the city of Orleans, France, and his family, were left with bloody pig feet in front of their house last week.

The townspeople supported the Baştan family, who was subjected to racist attack, with a demonstration they organized.

Turgut Baştan said that he realized that he was not alone thanks to the show.

Stating that he has lived in Nibelle for 50 years and spent his youth in this town, Baştan said, “The person who did this does not have to love me, but at least we can respect each other.”

Patrick Rousseau, Chairman of the Anti-Discrimination Collective, condemned the incident and expressed his satisfaction with the reaction of people to this unacceptable racist act.