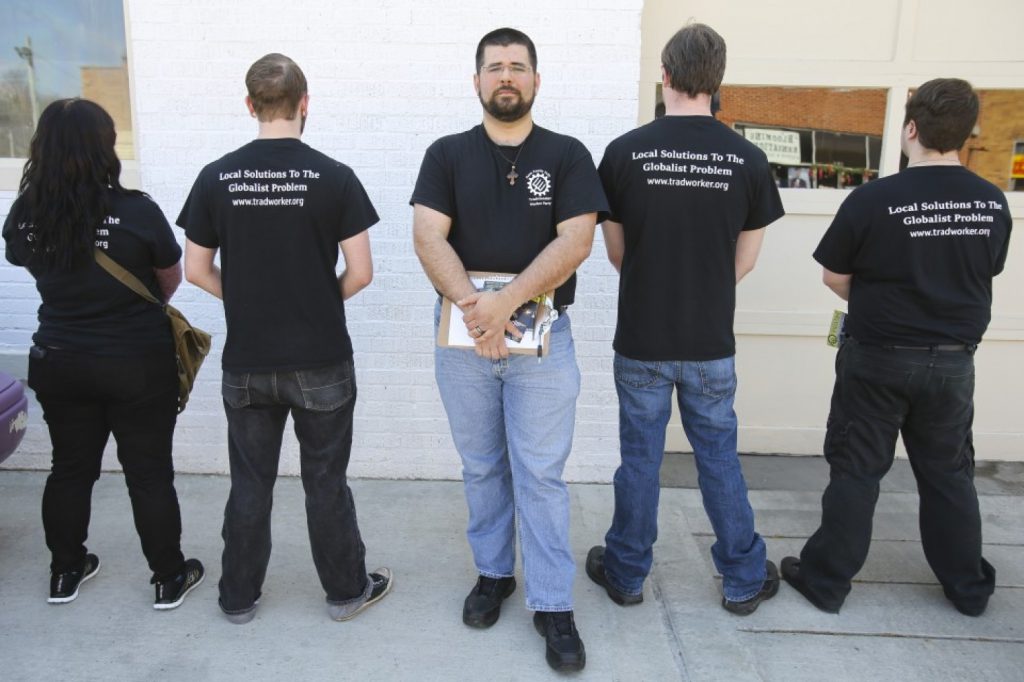 When Twitter started cracking down on users who were engaging in “hateful conduct” in November, the Southern Poverty Law Center published a list of white nationalists whose accounts appeared to be unaffected by the move. At the top of that list was Matthew Heimbach, a 20-something white nationalist who used his Twitter account to promote racist, anti-Semitic beliefs.
For a portion of 2016, Heimbach had a verified Twitter account, a designation that is seen as an implicit symbol of status for some Twitter users and has, in the past, been taken away from others for breaking the platform’s rules. But as of Tuesday, Heimbach’s account has been suspended on Twitter.
“The Twitter Rules prohibit violent threats, harassment, hateful conduct, and multiple account abuse, and we will take action on accounts violating those policies,” a Twitter official said in an emailed statement in response to the suspension.
Twitter also directed The Washington Post to its recent announcement about its “hateful conduct” policy, which says Twitter “prohibits specific conduct that targets people on the basis of race, ethnicity, national origin, sexual orientation, gender, gender identity, religious affiliation, age, disability, or disease.”
In November, Twitter announced that it wanted to make it easier for people to report violations of that policy, and that it had “retrained” its moderators to enforce it more consistently. Twitter has long struggled to address calls for the platform to do more to combat trolls, harassment and abuse. In the past, critics have cited Heimbach’s verified account as part of the evidence that Twitter still wasn’t doing enough to enforce those policies.
A person familiar with the matter flagged several of Heimbach’s past tweets. One such post reads, “Remove Jewish bankers and kebab #MakePeaceIn5Words.” Another, in reply to other users, says “Literally the answer is to remove (((them))),” using a racist meme that has been used by white supremacists to identify Jewish people.
A third tweet reads, “Leftist protesters blocking the road with weapons, threats and violence while making you fear for your life? #HitTheGas”
Public images of Heimbach’s past tweets also show a history of tweets quoting Nazi leaders, and calling for his supporters to “remove” Jewish people from society.