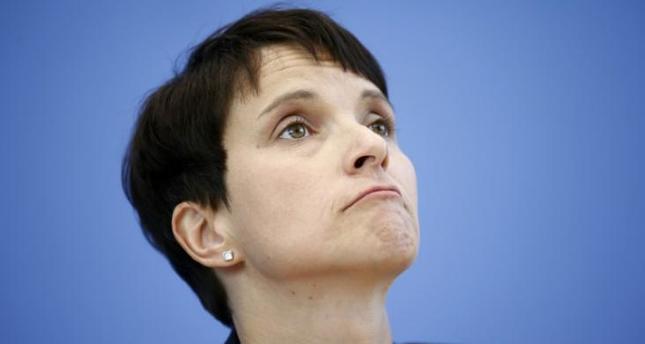 Politicians across Germany’s political spectrum condemned the leader of the anti-immigration Alternative for Germany (AfD) party after she was reported comparing societies including migrants to compost heaps.
Frauke Petry, whose party has made big regional gains this year and is expected to win federal parliamentary seats next year, made the comments in a speech in Stuttgart on Monday, according to the online edition of the Frankfurter Allgemeine Zeitung.
Pouring scorn in the idea that migrants made societies more diverse, she said: “What should we make of the campaign ‘Germany is Colourful’? A compost heap is colourful, too,” according to the report.
The AfD was created in 2013 as an anti-euro party but Petry ousted the AfD’s founder and shifted the party to the right, playing to fears about migration. Since the arrival of about 900,000 refugees in Germany last year, it has made big gains and is now represented in 10 of Germany’s 16 states.