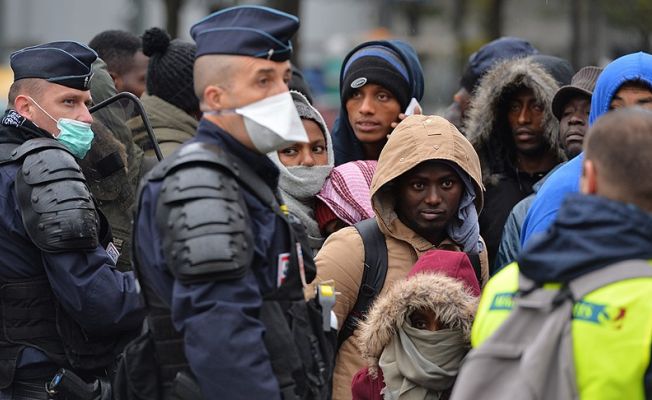 In its annual report on the status of human rights in the world, rights group Amnesty International criticised France’s rights record, in particular its refugee policy. The report claims that French rights failings and ‘double standard(s)’ leave many living in squalid and humiliating circumstances while Ukrainians fleeing Russia’s invasion are being treated differently from those from other countries.

The way French authorities talk about Ukrainians fleeing Russia’s invasion “particularly clashes” with they way they talked last year about Afghans fleeing the Taliban who had just taken over their country, said Nathalie Godard, action director for Amnesty International France, presenting the report to the press on Tuesday.

The French government has put in place a scheme to welcome at least 100,000 Ukrainians fleeing Russia’s invasion, whereas France has talked about protecting itself from migrant streams coming from other places.

This is “an illustration of the double standard” when it comes to refugees, said Godard.

In Calais, where many migrants gather to try to cross the Channel to the UK, “for many years, exiled people are living in disgraceful and humiliating conditions,” said the organisation. “In 2021, nothing has changed”.

The rights group “raised concerns about mass surveillance and rights of freedom of expression and association” in France, singling out the anti-terrorism law passed in July 2021 that allows for more administrative control and surveillance on suspected terrorists.

The so-called “anti-separatism” law that came into force in August 2021 runs the risk of “favourising stereotypes” of Muslims, by associating them with terrorists.

Finally, the organisation warns of “mass surveillance” with a security law passed by parliament in December 2021 that allows police to use drones to film the population, which “gravely threatens our right to private life”.