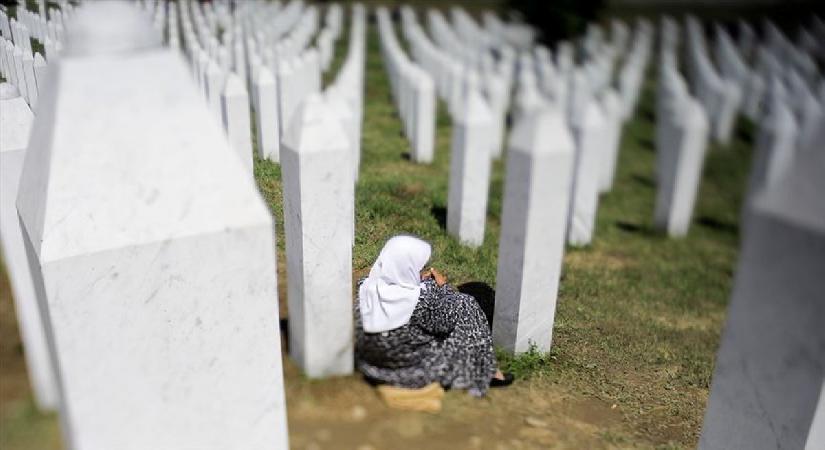 This week, we shall be subjected to further appalling reports from Ukraine: murderous brutality and human suffering and resilience at its receiving end. President Vladimir Putin’s invasion has been condemned as the worst violence in Europe since the Second World War. But 30 years ago this week, a similar atrocity was detonated in Bosnia-Herzegovina. On 6-7 April three decades ago, as the US and EU recognised the fledgling Bosnian republic, Russian-backed Serbian and Bosnian Serb snipers and artillery gunners opened fire on the capital, Sarajevo, unleashing the worst carnage to blight Europe since the Third Reich – so far; one prays Ukraine will not usurp that awful title, if it hasn’t already.

Commemorations in Sarajevo this week could not be more cogently timed: focused on Ukraine, not least because the echoes are very loud, viscerally clear and traumatically resonant. It’s like: “We’re with you not just because we’re with you, but because we’ve been there.” However, there are baffling differences. While most in the west rightly rally around Ukraine, the hurricane of violence against Bosnia’s Muslims and Croat Catholics met with bewilderment, apathy and – among the so-called international community – appeasement of, and even support for, the Serbian and Bosnian Serb aggressors. In Britain, leading the appeasement were men now described as “grandees” of the Conservative party: John Major, Douglas Hurd, Malcolm Rifkind – with keen allies on the organised and intellectual left.

While the west has armed Ukraine’s resistance, an arms embargo on all sides, as leaders put it, strapped a ball and chain around the embryonic Bosnian partisan army and afforded the aggressor a calculated, overwhelming military advantage. While the nightmare in Ukraine drives the “international community” to seek a solution within three weeks, that in Bosnia was dragged on for three years. This week in 1992, Sarajevo came under prolonged siege, eight years after hosting the Winter Olympics. Almost every Muslim inhabitant of eastern Bosnia was either killed or displaced and many women held captive in rape camps. Villages and mosques were incinerated or else under relentless siege in isolated UN-declared “safe areas”. At the other end of the country, a crew from ITN and I revealed a gulag of concentration camps for Muslim and Catholic inmates in August 1992, which had operated since May, where thousands were killed, tortured and raped.

In July 1995, three bloody years later, 8,000 men and boys were summarily executed within five days after the fall of the “safe area” of Srebrenica, the victims of this genocide delivered to their killers by the very powers and UN soldiers pledged to protect them. Bosnia is not only about the past: a survivor of the Omarska concentration camp, Satko Mujagić, is among those presenting an open letter from various Balkan and peace groups about current, heightened tensions generated by Russia’s Serbian and Bosnian Serb allies, who aspire to a Bosnian Serb “Donbas” secession from Bosnia. So why did not and does not Bosnia matter, as Ukraine rightly does? Marching through a sea of blue and yellow in London last Saturday, it was poignant to recall, by contrast, the trickle of protesters 30 years ago for Bosnia (whose colours are the same).

“If we’d had a tenth of the public support for Ukraine, and a twentieth of the military support, the war would have been stopped, a hundred thousand lives saved; also three lost years and the homes of millions,” says Damir Sagolj, a Bosnian army guide during the war, now Pulitzer prize-winning photographer and director of the Warm (war, art, resistance, memory) Foundation, central to this week’s commemorations. Most of the 100,000 dead and two million displaced in Bosnia were Slavic Muslims and some survivors think the west’s connivance was because they are just that – Muslims. But many victims were Bosnian Croat Catholics and the same attitude pertained towards the destruction of Vukovar, the Danube city levelled into the dust of its own stone during Croatia’s earlier war of independence in 1991.

I thought the slaughter in Bosnia may have been just too close, “so near Venice”, as the grateful Bosnian Serb vice-president Nikola Koljević once taunted me, satanically, with regard to western inaction. But that is disproved; part of the outcry for Ukraine is that, like Bosnia, it is part of Europe. Perhaps Ukraine musters righteous support in part because Putin has nuclear weapons, which threaten us all. Conversely, Serbian president Slobodan Milošević did not possess such an arsenal; almost every reporter on the ground in Bosnia, and most military analysts, knew that 48 hours of carefully targeted Nato air strikes could have ended the atrocity, as they did in 1995, three years late, when the Bosnian Serbs capitulated immediately after a brief round of pinprick attacks. So, even more reason to have struck at any time between 1992 and 1995, without risk of the war spreading.

Perhaps people were shocked by Bosnia, and it was complicated, while Ukraine is manifestly Manichean. The notion of “ancient ethnic hatreds” was lucratively peddled by appeasers. But what is complicated or morally and politically confusing about “ethnic cleansing”, as Bosnian Serb leader Radovan Karadžić himself called it, concentration, rape and death camps and the modern-day siege of a European capital city? For Kyiv, read Sarajevo and vice-versa; for Mariupol, Goražde or Srebrenica. Columns are supposed to conclude with answers, not questions, but I have none.

Why was it OK to collaborate in Bosnia with violence echoed by Putin now? In the aftermath and public sphere, why is it OK for the Austrian writer Peter Handke to be awarded a Nobel prize, as he was in 2019, having written eulogies to the “Greater Serbia” project and given the oration at the funeral of President Milošević, architect of the genocide; and for supposedly liberal feminist Olga Tokarczuk to fawningly clasp Handke’s hand, accepting her own prize, while the mothers of Srebrenica tearfully demonstrated outside? For the former Trotskyite Claire Fox, Brexit star of GB News and RT, as well as BBC radio, who insists that the concentration camps were a fabrication, to be made a baroness? Why did not and does not Bosnia matter, as Ukraine absolutely does? The question has baffled – and the answer evaded – me ever since April 1992. But, beholding history repeat itself, never more than now.