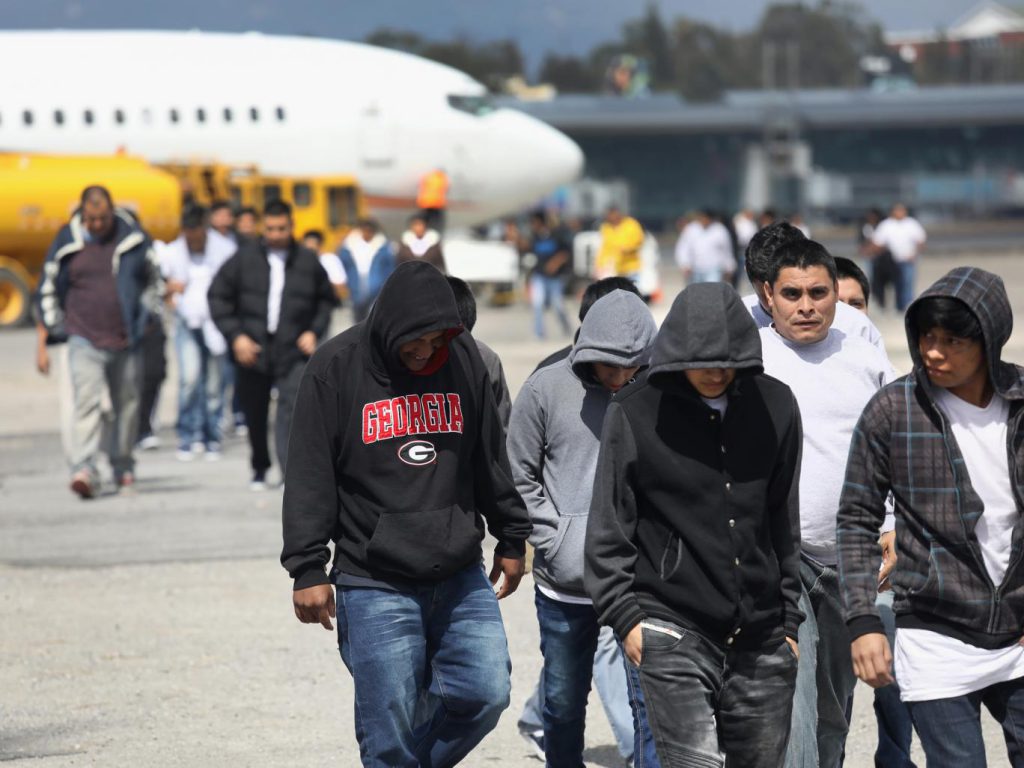 President Donald Trump’s sweeping immigration enforcement directives will allow for far more deportations than those in place during the Obama administration, according to new documents released by the US Department of Homeland Security.
Memos released by DHS secretary John Kelly prioritise the removal of undocumented immigrants who “have been convicted of any criminal offence”, including those who “have abused any programme related to receipt of public benefits”.
Last month, the President signed two executive orders relating to the southern border with Mexico. The first directed the construction of a wall in the region, despite the existence of some 700 miles of barrier already in place. The second boosted the number of border patrol agents and immigration enforcement officers who carry out raids and deportations. Mr Kelly’s memo essentially makes the latter into agency policy, and provides a framework to its implementation.
“Criminal aliens have demonstrated their disregard for the rule of law and pose a threat to persons residing in the United States. As such, criminal aliens are a priority for removal,” Mr Kelly says in the memo, adding that he directed US Immigration and Customs Enforcement (ICE) to hire 10,000 more agents “expeditiously”.
The language of the memo opens the door for more wide scale deportation operations. The Obama administration carried out the largest number of deportations, tallying nearly three million. However, it prioritised undocumented immigrants who were convicted of serious crimes. The new DHS guidelines would allow ICE officers to remove a larger category of people, including those who have committed petty crimes.
Immigrants’ rights advocates quickly condemned the memo as “un-American” and insisted that the Trump administration will yet again have to face the US court system.
“These memos confirm that the Trump administration is willing to trample on due process, human decency, the wellbeing of our communities, and even protections for vulnerable children, in pursuit of a hyper-aggressive mass deportation policy,” said Omar Jadwat, a director at the American Civil Liberties Union. “However, President Trump does not have the last word here – the courts and the public will not allow this un-American dream to become reality.”
Mr Trump relied on the narrative that undocumented immigrants are carrying out violent attacks on American families during his presidential campaign, asserting the incorrect statistic that “thousands” of people had been killed.
Source: http://www.independent.co.uk/news/world/americas/donald-trump-immigratio…