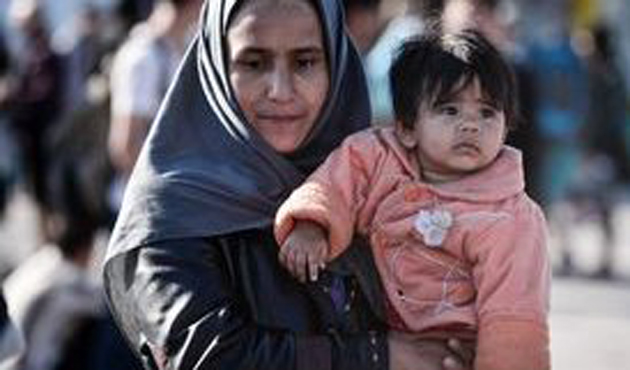 France has illegally dispatched a number of minors and dozens of adults to Italy, rights groups and a lawyers’ union said on Saturday. The expulsions occurred after a group of youngsters requested protection and access to child services in Breil-sur-Roya, a town on the French-Italian border. The accusation was made by representatives of France’s Human Rights League, the Network for Education without Borders (RESF), Amnesty International, immigrant support group Cimade and the French lawyers union SAF at a joint press conference in Nice.
On Nov. 11, “12 youngsters made a request for protection” in Breil-sur-Roya, said Mireille Damiano, a lawyer with the SAF. “But although eight of them were rehoused, four others were sidelined” then illegally sent back to Italy by the police, she said.
The following day, another 58 people had also requested protection, but most of them were put on a train to Italy, the groups said, denouncing the French authorities for “illegal abuses of process.”
Getting help for those caught in such a situation was tricky, they said, given the need to physically meet with such minors in order to take testimony from them.
Earlier this week, Nice prosecutor Jean-Michel Pretre said that since the borders were closed following the Paris attacks in November 2015, those arriving in the country illegally were considered as not having entered France at all.
“These people must be immediately sent back … be they adults or minors,” he said last Monday. But his argument was challenged by the associations who said France must consider “the best interests of the child.” They also flagged growing concerns over the situation on the French-Italian border where “hundreds of people” were surging into the Roya valley, “among them a very large number of minors.”
France has long been condemned by international human rights groups over creating a mini-jungle camp in the Italian border town of Ventimiglia where refugees suffers worsening humanitarian conditions. “Refugees’ living conditions in the Italian town of Ventimiglia are getting worse,” said The Amnesty International and Caritas Internationalis in a report released in early October.
Hundreds of refugees are risking their lives to enter the other end of France from northern Italy. The frontier between Italy’s Ventimiglia and Menton in southern France is already known as “Mini Calais.”