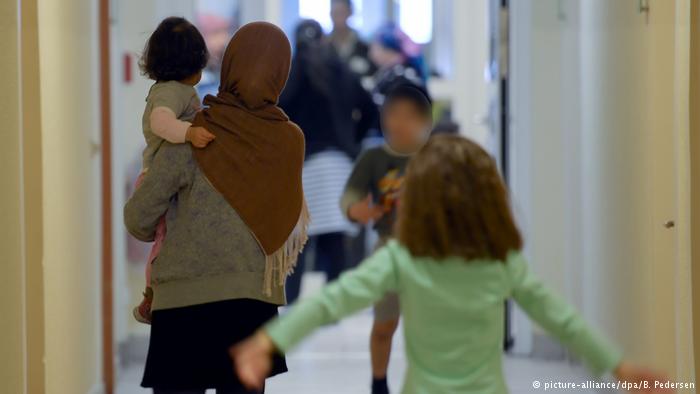 A majority of Germans fear the government will have to tighten its belt to take care of new refugees, a survey suggests. Despite falling numbers of newcomers, many believe migration is fueling an increase in crime.
Refugees and integration top the list as Germany’s biggest problem, according to survey results released on Friday.
The figures by pollster Forschungsgruppe Wahlen show 58 percent of respondents think refugees and their integration in Germany are the country’s number one issue.
The survey of 1,234 people earlier this week showed almost two thirds – 60 percent – were worried that paying for the refugee arrivals meant money was being saved elsewhere, while just over half believed that the migration of refugees would push up the crime rate.
Despite the uncertainty over migration, fewer than one-third of Germans fear the country’s cultural and social values are at risk.
Some 890,000 migrants arrived in Germany in 2015, with the large numbers leading to concerns and a long-running debate over integration and security. Those figures have fallen significantly this year – Germany’s federal migration office (BAMF) says just over 300,000 new asylum seekers were registered between January and November.
Chancellor Angela Merkel’s popularity has taken a hit over the migration crisis, and her conservative Christian Democrats (CDU) have lost votes to the far-right, anti-immigrant Alternative for Germany (AfD). Germany will hold a federal election next year, in which Merkel will run for a fourth term as chancellor.
But it appears Merkel may be bouncing back. Another survey on Friday pointed to a surge in support for the chancellor.
Some 59 percent of Germans polled welcomed Merkel’s candidacy in the 2017 elections, marking an increase of 13 percent compared to the last survey conducted in September.