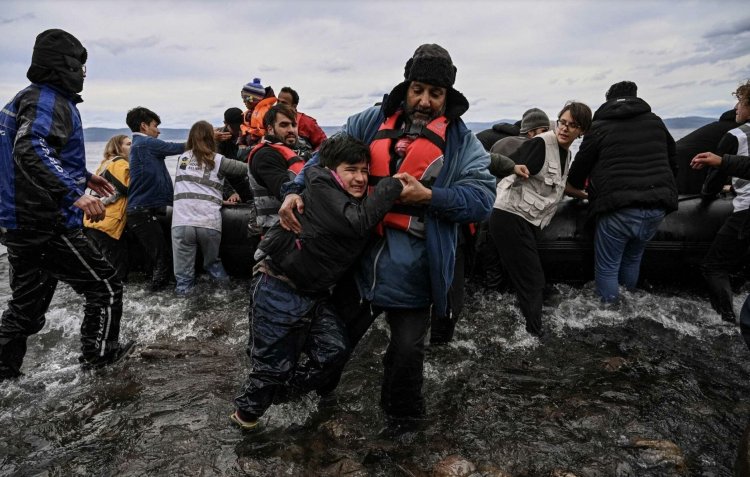 Human Rights Watch has made fresh allegations against Greece. The organization accuses the country not only of continuing to engage in the illegal pushback of migrants at its borders but also employing third country nationals, other migrants, to do so.

“Greek authorities, including through proxies they use, are assaulting, robbing, and stripping Afghan asylum seekers and migrants, including children, before summarily pushing them back to Turkey via the Evros river.”

The organization Human Rights Watch (HRW) began their latest report, published April 7, with these allegations. In it they describe a “pattern” of illegal pushbacks which started in 2008, and are corroborated by various other NGOs, as well as the Council of Europe and the UN Refugee Agency (UNHCR).

According to HRW, masked men, some of whom appear to be of Middle Eastern or South Asian origin, have been piloting boats on the Evros river, which delineates much of the land border between Turkey and Greece, and forcing other migrants to strip down before telling them to get out and wade back to the Turkish side of the river.

The allegations are based on interviews with 26 Afghans, 23 of whom told HRW they were pushed back between September 2021 and February 2022.

Migrants pushing back migrants
In one instance, one of the interviewees said that his boat was taken across the Evros river by two Afghans and two Pakistanis. Speaking Pashto, these men explained that they had been chosen by the police to take other migrants across the river because the Greek police “don’t want to be directly involved in sending the people back to Turkey.”

Another migrant said one of the boat pilots, who was from Pakistan, explained “we are here … doing this work for three months and then they give us … a three page document. With this [document], we can move freely inside Greece and then we can get a ticket for another country.”

Another Afghan, a 25-year-old journalist called Bedar* was also fleeing the Taliban. In his case, he said the men piloting the boat were Syrian and speaking Arabic.

The two women interviewed, who were traveling with their children and husbands, said they were not asked to remove their clothes, however they also alleged that their phones and other belongings were removed in custody and one woman was held with her daughter and separated from her husband.