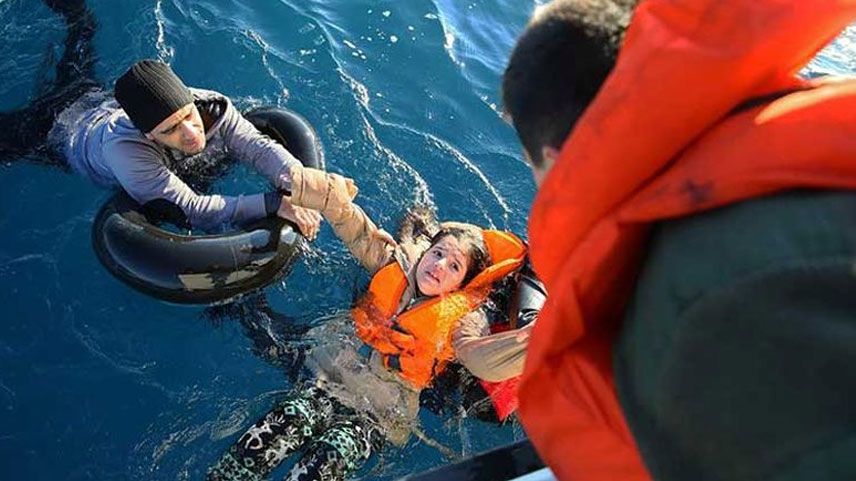 The report also said that 53 irregular migrants in 2021 and 33 others in 2022 lost their lives – either drowned or froze to death – due to pushbacks.

In all pushback incidents that resulted in the deaths of irregular migrants in 2021 and 2022, migrants were thrown into to the sea either handcuffed or without life jackets, the report added.

The report also included stories of irregular migrants who were subject to ill treatment by Greek officials.

“They sank our boat. Later they put my child, who was not breathing on my lap,” recalled Feridun Serveri, an Afghan migrant.

A migrant from Cameroon said that she was brought to a forest, her mouth was covered with a piece of cloth. “They handcuffed me and stripped me naked. Two policemen raped me.”

The report called on Greece to end the practices of systematic pushbacks in the sea and on the land and the establishment of an independent commission, which will include international organizations and non-governmental organizations, to investigate the pushback claims.

It also said that officials who committed unlawful acts in violation of rights should be punished. The report called for probes to be launched to investigate whether those who wear masks but without uniforms and took part in pushbacks are public officials and that the results of those investigations should be shared with the international community.

Seperately, Greece on June 13 rejected a U.N. report claiming that its border forces had illegally repelled thousands of asylum seekers over the past two years.

“The report… is not based on primary research but reproduces older findings by the (U.N. refugee agency), foreign media reports and the recommendations of non-governmental organizations,” a Greek migration ministry source told AFP.

The ministry source added that such claims are “already under investigation as to their validity” but insisted that past checks had so far “never confirmed illegal actions (by Greece) whilst guarding its borders.”

“The Greek coastguard and Greek police on a daily basis save people whose life is at risk at sea and land borders,” the source added.

The U.N.’s special rapporteur on the human rights of migrants, Felipe Gonzalez Morales, had earlier shared the report saying that “in Greece, pushbacks at land and sea borders have become de facto general policy.”