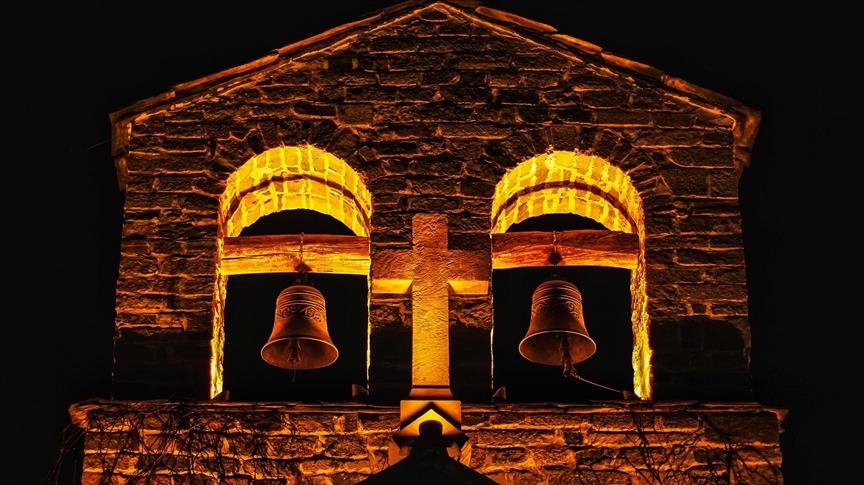 At least 600 young people were documented as having been abused by Catholic priests in the German diocese of Muenster, but the actual number of victims could be 10 times higher, a report published Monday said.
The diocese has official records on 610 abuse victims, according to the report by the University of Muenster — around a third more than indicated by a previous study from 2018.

However, historian Natalie Powroznik, who was involved in the study, said the true number of victims could be much higher with “about 5,000 to 6,000 affected girls and boys” in the diocese.

At least 5,700 individual acts of sexual abuse had been committed by a total of 196 clergymen, including 183 priests, according to the report.

Five percent of the clergymen involved were found to be serial offenders with more than 10 victims, and less than 10 percent had faced any legal consequences.

At the peak of the abuse during the 1960s and 1970s, there were on average two cases per week in the diocese, the report said.

Three in four victims were boys, the majority between 10 and 14 years old, with many of the acts committed against altar boys or at children’s and youth camps.

The study reported considerable psychological consequences for the victims reaching into adulthood, including depression and suicidal thoughts, with indications of attempted suicide in 27 cases.

The bishop of Muenster, Felix Genn, is due to comment in detail on the study on Friday.

The authors accuse Genn, who has been the bishop of Muenster since 2009, of failing to take action against abusers.

In an initial response on Monday, Genn said he would “naturally accept responsibility for the mistakes I myself made in dealing with sexual abuse”.

Germany’s Catholic Church has been rocked by a string of reports in recent years that have exposed widespread abuse of children by clergymen.

A study commissioned by the German Bishops’ Conference in 2018 concluded that 1,670 clergymen in the country had committed some form of sexual attack against 3,677 minors between 1946 and 2014.

However, the real number of victims is thought to be much higher.

In January, a report into the diocese of Munich and Freising found indications of sexually abusive behaviour in 235 people it investigated, including 173 priests, while there were at least 497 victims.

The report also found former pope Benedict XVI had knowingly failed to take action to stop four priests accused of child sex abuse in in the 1980s, when he was the archbishop of Munich.