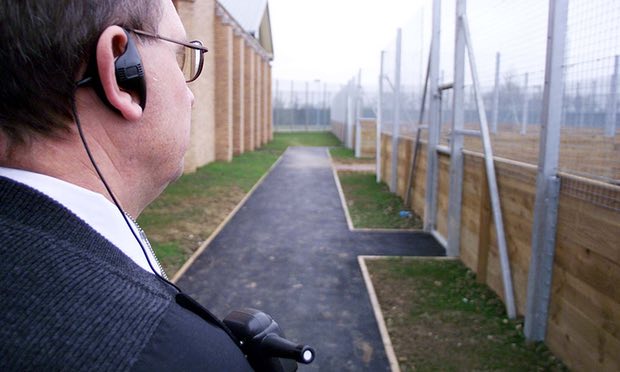 More than 10,000 asylum seekers can ask to have their cases heard again after a high court ruling that they were treated unfairly, but many have already been forcibly removed from the UK and may never get to hear about the decision.
Mr Justice Ouseley declared on Friday that rules on asylum appeals in place until 2014 were unlawful and ultra vires – beyond the power of the Home Office.
Some of those affected may have been tortured or even killed after being forcibly returned to conflict zones.
The judgment relates to asylum seekers in immigration detention from 2005 to the end of 2014. Some, considered by the Home Office to have particularly weak cases, were placed in ”detained fast track (DFT), meaning they had just seven days to prepare appeals after their initial asylum claims had been refused. Others had much longer to gather evidence for appeals, get expert reports and obtain legal representation.
A later fast-track detention system introduced in 2014 had already been ruled unfair by the high court in a decision that affected about 3,000 people. The latest ruling benefits the far larger number of asylum seekers affected by the 2005-14 DFT rules, which are considered to have been harsher than the more recent ones.
The asylum seekers affected can now ask for the previous refusals of their cases to be set aside and lodge a new appeal.
In the judgment, which focused on two cases, Ouseley said: “I am clear that the 2005 fast track rules, in the context in which they operated in this case, meant the appeal was dealt with too fast to be fair.” In relation to one of the two appeal cases he reviewed, he said: “I would quash it if it were for me.”
The brevity of the process, the shortness of time to obtain legal advice and the absence of representation, coupled with the speed of action required, were all features the judge found to be unfair.
Ahmed Aydeed, of Duncan Lewis Solicitors, which brought the legal challenge against the Home Office, said: “It is deeply concerning that potentially thousands of asylum applicants may have had their claims wrongfully decided, all of whom were detained by the homesecretary, and many of whom were returned to persecution and serious harm.”
Jerome Phelps, the director of Detention Action, a charity that supports immigration detainees and which mounted the legal challenge against the 2005-14 rules, said: “This ruling confirms that for 10 years the Home Office was putting asylum seekers through a detained process that was unlawfully unfair. Countless thousands of people will have been deported without ever having a lawful hearing of their cases. Nobody knows what happened to them.”
Emma Ginn, the coordinator of Medical Justice, a charity that works to improve the health of immigration detainees, said: “The total sum of human suffering inflicted by the Detained Fast Track policy over the years has been immense. No one will ever know the true cost paid by victims of torture and others subject to this unfair process whom the Home Office disbelieved and deported. Many of our clients faced further persecution, some were never heard of again.”
William, a former immigration detainee subjected to the DFT process and a member of the Freed Voices group, said the judgmentstood “as a memorial for the thousands of people who were removed from 2005 onwards, who will never be able to access the justice they were denied”.
“I can still remember the faces of those who were on the detained fast track with me and were sent back to places they had done everything to escape. Some of them I still speak to and some of them I cannot. They are gone. Only the blood on Home Office hands remains.”
A government spokesperson said: “We have received the judgment and are considering it. It would be inappropriate to comment further at this stage.”
Source: https://www.theguardian.com/uk-news/2017/jan/20/uk-high-court-rules-1000…