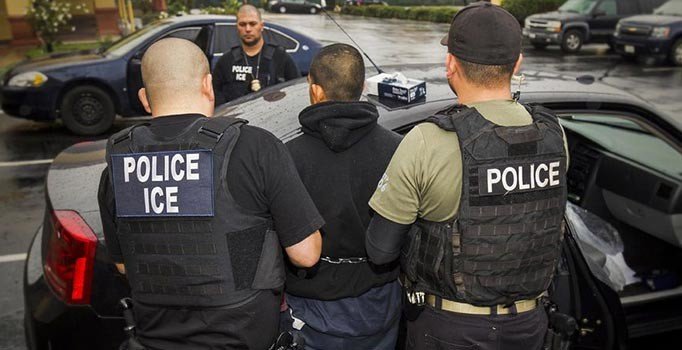 It has been 11 months since unsealed federal court documents revealed that U.S. immigration officials created a fake university to lure foreign-born college students who were trying to stay in the country on student visas that might not have been legal.
The University of Farmington, a fictitious school that U.S. Immigration and Customs Enforcement marketed as a hub for STEM students who wanted to enroll and not “interrupt their careers,” had a fake name, a fake website and a fake motto on its fake seal. “Scientia et Labor,” the seal said, which means “Knowledge and Work.”
In January 2019, eight people who allegedly worked as “recruiters” for the school and collectively helped at least 600 students remain in the country under false pretenses were charged with federal conspiracy. At the time, the Detroit News reported that dozens of University of Farmington students – many of them Indian nationals – were arrested for immigration violations and faced deportation.
Now, according to ICE, that number has jumped to about 250 students. Those arrests took place between January and July, ICE said in a statement first reported by the Detroit Free Press and obtained by The Washington Post. Most of the arrests happened in February, immigration officials said.
Nearly 80% of those who were arrested chose to voluntarily leave the United States, according to the ICE statement. Another 10% of the University of Farmington students received a “final removal order,” officials said, either from an immigration judge or from U.S. Customs and Border Protection.
The final 10% of students have challenged their deportations, either by filing for legal relief or by contesting their removals with the Executive Office for Immigration Review, the statement said.
Seven of the eight recruiters, all in their 20s or 30s, have pleaded guilty and been sentenced to prison time, Detroit ICE spokesman Khaalid Walls told the Free Press. The newspaper reported the names of those recruiters and their sentences as follows: Barath Kakireddy, 29, of Lake Mary, Florida, 18 months; Suresh Kandala, 31, of Culpeper, Virginia, 18 months; Santosh Sama, 28, of Fremont, California, 24 months; Avinash Thakkallapally, 28, of Harrisburg, Pennsylvania, 15 months; Aswanth Nune, 26, of Atlanta, 12 months; Naveen Prathipati, 26, of Dallas, 12 months.
Prem Rampeesa, 27, was sentenced last week to one year in prison, though he has already served 295 days and so will likely be released in two or three months and then deported back to India, his attorney Wanda Cal told the Free Press.
Phanideep Karnati, 35, of Louisville, Kentucky, will be sentenced in January 2020, the Free Press reported.
It is not clear whether all of the recruiters will be deported after serving their sentences. Federal immigration officials directed questions about sentencing to a U.S. attorney. The U.S. attorney’s office for the Eastern District of Michigan did not immediately respond to a request from The Post.
The University of Farmington was created, ICE officials said in their statement, to provide the Department of Homeland Security with “first-hand evidence of fraud.”
“Undercover schools provide a unique perspective in understanding the ways in which students and recruiters try to exploit the non-immigrant student visa system,” ICE said in the statement.
But Rahul Reddy, a Texas attorney involved with these students’ cases, told the Detroit News that U.S. officials running the fake University of Farmington operation preyed upon unsuspecting students.
“They should not punish these people who were lured into a trap,” said Rahul Reddy, a Houston-based attorney who represented or advised about 80 students who were arrested. “These people can’t even defend themselves properly because they’re not given the same rights in deportation proceedings.”
The Detroit News reported that the fake university was set up in 2015, but that HSI agents didn’t begin posing as university officials until 2017, according to the indictment.
Source: MySanantonio