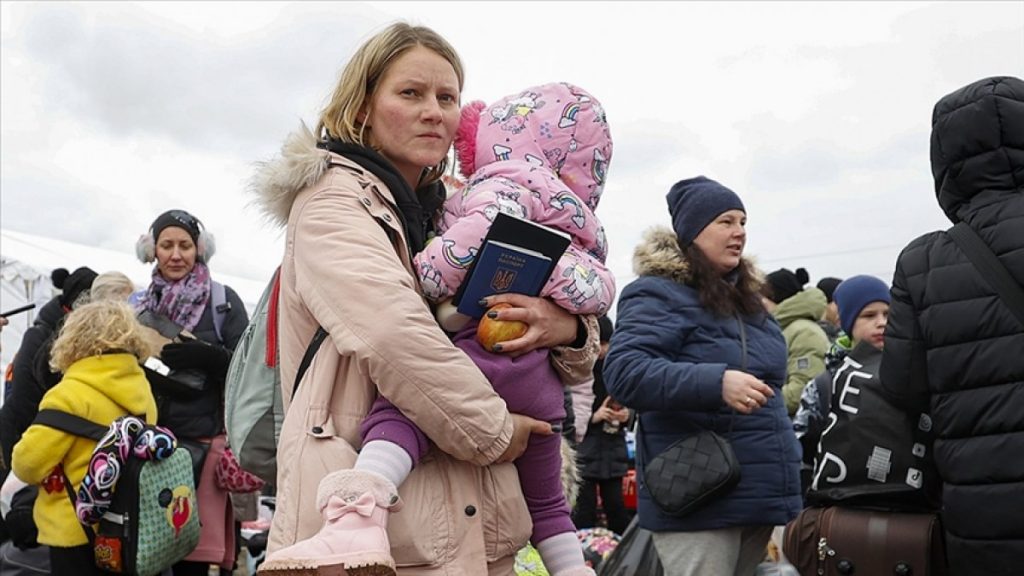 Interior Minister Ayelet Shaked said Sunday said that over 90 percent of Ukrainians arriving at the Israel’s borders are not Jewish and that the influx of refugees “cannot go on.”

The Interior Minister said that less than 10 percent of the 2,034 Ukrainian nationals that have entered Israel since the war in Ukraine broke out are not eligible for the Law of Return, which grants Jews the right to acquire Israeli citizenship.

“We will reach 15,000 Ukrainians in a month,” Shaked said. “The State of Israel needs to do more in order to bring Jews and those eligible for the Law of Return. We can’t keep going at this rate, things need to be planned.”

In Sunday’s cabinet meeting PM Bennett also addressed the incoming refugee wave, saying scenarios for taking in different amounts of people are being drawn up and will be presented to the cabinet during the week.

“This is a great challenge for Israel,” Bennett said “but it is a challenge we have faced before, time and again.”

The Population and Immigration Authority requires that Israelis who wish to host a Ukrainian relative, who might decide to stay in the country, pay a guarantee in the sum of 10,000 shekels and promise the relative leaves within a month. Shaked said that so far guarantees have been paid for 20 percent of the Ukrainians who entered Israel.

Shaked stated that Israel, with the exception of countries at Ukraine’s border, has likely “taken in the most Ukrainian refugees per capita.”

The minister mentioned that Israel currently has 26,000 Ukrainians who are not Israeli citizens – of them 13,000 without a visa, 2,500 on tourist visas, 4,000 asylum seekers, and the rest with work visas. Shaked added that local authorities are preparing to take in 100,000 Jews and their families, from Ukraine and Russia, under the Law of Return.

Describing Jerusalem’s policy of demanding a guarantee in the sum of 10,000 shekels from Israelis wishing to host a Ukrainian relative as “notorious,” the Ukrainian embassy on Sunday said that while it is thankful for Israeli support, it “cannot remain silent in case of Ukrainian people who can’t enter Israel freely.”

“We urge Israeli officials to lift the disgraceful provision of a bail and find another mechanism that would help our citizens save their children and families. We propose that Israeli competent authorities change financial bail to letter of guarantee of the hosting side,” the embassy said in a statement on its Facebook page.