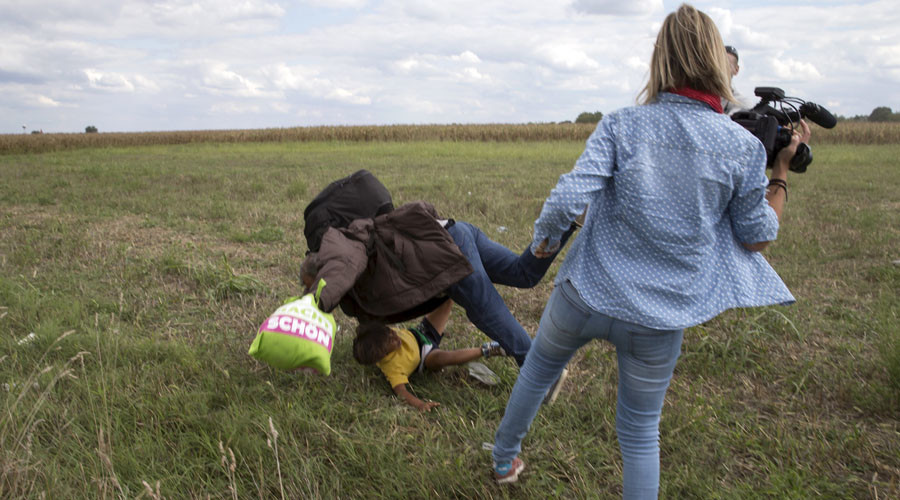 A Hungarian camerawoman who made headlines in 2015 after being filmed kicking refugees, including children, has been found guilty of breaching public peace and sentenced to three years of probation.
The actions of Petra Laszlo triggered “indignation and outrage,” Judge Illes Nanasi, in the city of Szeged, Hungary, said on Thursday, as cited by AFP and local media.
The judge rejected the argument of Laszlo’s lawyer that she was trying to protect herself.
Laszlo was sentenced to three years of probation, but her conviction may be dropped if she does not re-offend during that period, according to the judge’s statement.
Petra Laszlo was fired from her job at Hungarian TV station N1TV, after a video of her kicking and tripping refugees emerged and quickly went viral in September 2015.
Source: https://www.rt.com/news/373533-hungary-camerawoman-migrants-probation/