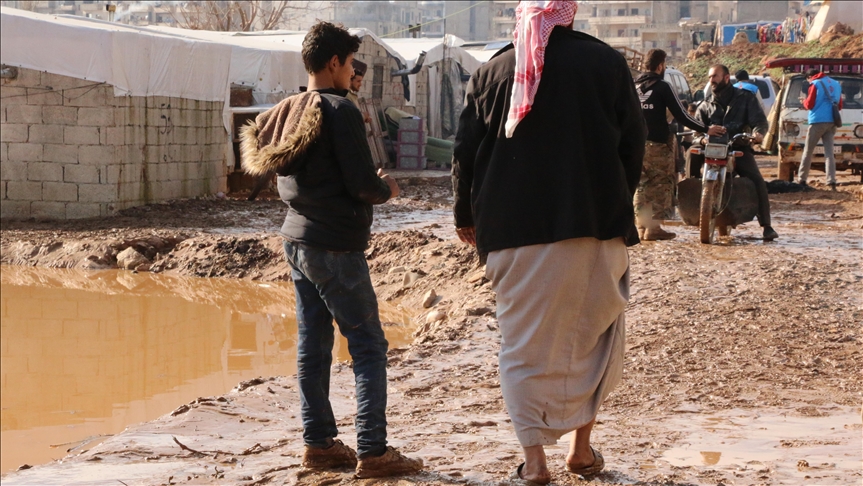 Syrian refugees who voluntarily returned to Syria between 2017 and 2021 from Lebanon and Jordan faced grave human rights abuses and persecution at the hands of Syrian government and affiliated militias, including torture, extra-judicial killings, and kidnappings. The majority of those interviewed by Human Rights Watch also struggled to survive and meet their basic needs in a country decimated by conflict and widespread destruction.

After a decade-long civil war, Syrian refugees are the world’s largest refugee population. Spread over 127 countries – with the highest absolute numbers in Turkey – Lebanon and Jordan host the highest ratio of refugees relative to their populations. Lebanon and Jordan at first welcomed refugees with borders kept open to facilitate large refugee flows. As the numbers of refugees in Lebanon increased, however, Lebanon adopted a range of coercive and abusive measures including discriminatory curfews, evictions, arrests, and other restrictions on legal residency and access to employment and education. Amidst Lebanon’s catastrophic economic collapse, exacerbated by the Covid-19 pandemic, over 90 percent of Syrian refugees live in extreme poverty, relying on credit and mounting debt to survive. In Jordan, only two percent of refugee households can meet their essential food needs. Despite these stark figures, humanitarian aid appeals remain dramatically underfunded across the region. In 2020, only 52 percent of the amount UN agencies requested across the five main refugee-hosting countries – Turkey, Lebanon, Jordan, Iraq, and Egypt – was funded. Lebanon was 57 percent and Jordan 47 percent funded respectively in 2020.

A bar graph showing the top 10 asylum countries for Syrian refugeesClick to expand Image
Despite increasing levels of vulnerability in Lebanon and Jordan, the number of spontaneous refugee returns to Syria has not significantly increased. Refugees continue to cite safety and security in Syria as their primary considerations when deciding whether to return home. Those who do make the decision to return often do so under extreme pressure. In Lebanon, the government continues to pursue policies designed to coerce Syrian refugees to leave, and the acute economic crisis and staggering inflation have made it exceedingly difficult for refugees to afford the most basic necessities. In Jordan, the economic downturn and drastic lockdown measures have undermined the livelihoods of thousands of Syrian refugees. Returnees often decide to go back to Syria with limited information on conditions inside the country.

Refoulement, the return of refugees to places where their lives, physical integrity, or freedom would be threatened, occurs not only when a refugee is directly rejected or expelled, but also when indirect pressure is so intense that it leads people to believe they have no option but to return to a country where they face a serious risk of harm.

While parts of Syria have not seen active conflict hostilities since 2018, Syria is not safe. The UN agency mandated to provide international protection and humanitarian assistance to refugees, UNHCR, maintains that Syria is unsafe and that it will not facilitate mass returns in the absence of key protection conditions. It states that it will however assist individual refugees who decide to voluntarily return by themselves. An EU Parliamentary Resolution in March 2021 also reminded member states that Syria is not safe for refugee return.

This report, based on 65 interviews with Syrian refugees who returned to Syria from Jordan and Lebanon or their family members, shows why Syria is not safe for return. It documents the grave abuses and the harsh economic realities they face upon return and describes why some refugees are deciding to return despite these difficulties. It finds that returnees face many of the same violations that caused their flight from Syria. These include persecution and abuses, such as arbitrary arrests, unlawful detention, torture, extra-judicial killings, kidnappings, and widespread bribery and extortion, at the hands of the Syrian security agencies and government-affiliated militias. It examines the practice of so-called “security clearances” and “reconciliation agreements” – frequently used by the Syrian government to vet returnees and people crossing checkpoints in Syria – and demonstrates how neither process protects people from being targeted by the Syrian government’s security apparatus. It also looks at property rights violations and other economic hardships that have made a sustainable return impossible for many.

Refugee returnees who did not face threats to their life or physical integrity lived in fear of the government’s targeting of civilians perceived to be affiliated or sympathetic to the opposition or who have expressed dissent. Human Rights Watch’s interviews with returning refugees affirmed the view of a leading expert on Syria that “nearly everyone who returns will face some form of interrogation, whether it’s a cup of tea with the security agencies or a full-blown torture session, they want to know why people left.” The Syrian Human Rights Network estimates that nearly 150,000 have been arbitrarily arrested and detained and nearly 15,000 have died due to torture between March 2011 and March 2021, the majority at the hands of Syrian government forces.

Syria’s economy and infrastructure have also been devastated by ten years of conflict and sanctions. The World Bank estimates that the Syrian economy has shrunk by more than 60 percent since 2010. The Syrian pound has crashed, trading at approximately 3,460 Syrian pounds to the dollar as of October 2021,[1] compared to 50 Syrian pounds to the dollar, pre-war, resulting in a 6,820 percent inflation rate increase on consumer goods. As of February 2021, at least 12.4 million Syrians were food insecure, according to the World Food Programme (WFP), an alarming increase of 3.1 million in one year. The World Health Organization estimates that more than half the population is in dire need of health assistance and half a million children are malnourished. People with disabilities – usually 25 percent of a country’s population – are more likely to experience poverty. Most returnees interviewed by Human Rights Watch experienced extreme economic hardship, unable to afford basic food items because of the inflation of the Syrian pound and a widespread lack of livelihood opportunities. Most also found their homes either totally or partially destroyed and were unable to afford the costs of renovation. The Syrian government provided no assistance in repairing homes.