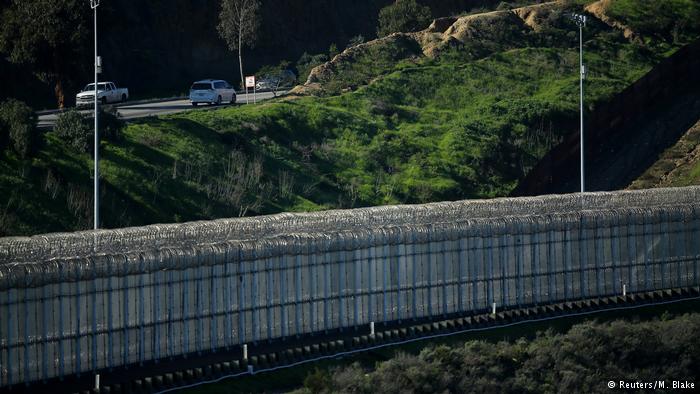 President Trump on Wednesday will order the construction of a Mexican border wall — the first in a series of actions this week to crack down on immigrants and bolster national security, including slashing the number of refugees who can resettle in the United States and blocking Syrians and others from “terror prone” nations from entering, at least temporarily.
The orders are among an array of national security directives Mr. Trump is considering issuing in the coming days, according to people who have seen the orders. They include reviewing whether to resume the once-secret “black site” detention program; keep open the prison at Guantánamo Bay; and designate the Muslim Brotherhood a terrorist organization.
According to a draft, the order on detention policies would start a review of “whether to reinstate the program of interrogation of high-value alien terrorists to be operated outside the United States, and whether such a program should include the use of detention facilities operated by the C.I.A.” But one section of the draft would require that “no person in the custody of the United States shall at any time be subjected to torture or cruel, inhuman or degrading treatment or punishment, as proscribed by U.S. law.”
Mr. Trump will sign the executive order for the wall during an appearance at the Department of Homeland Security on Wednesday, as Mexico’s foreign minister, Luis Videgaray, arrives in Washington to prepare for the visit of President Enrique Peña Nieto of Mexico. Mr. Peña Nieto will be among the first foreign leaders to meet the new president at the end of the month.
The border wall was a signature promise of Mr. Trump’s campaign, during which he argued it is vital to gaining control over the illegal flow of immigrants into the United States.
Source: https://www.nytimes.com/2017/01/24/us/politics/wall-border-trump.html