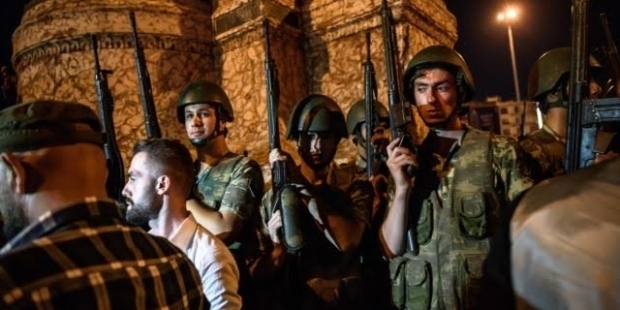 A group of 41 Fetullah Terrorist Organization (FETO) coupists, who were at the command of the Commander Semih Terzi and failed to arrive in the Turkish capital of Ankara, were discovered to have fled to Lebanon with the help of the Kurdistan Workers’ Party affiliated Democratic Union Party (PKK/PYD), while 19 of them are still hiding around the Turkish border.
The soldiers were reportedly hiding in Beirut with the intention to sneak into Europe with fake passports.
In the incidents triggered by the bloody coup bid, as many as 246 people, including members of the security forces and civilians, were martyred in Istanbul and Ankara and nearly 2,000 others were wounded as they protested against the coup.