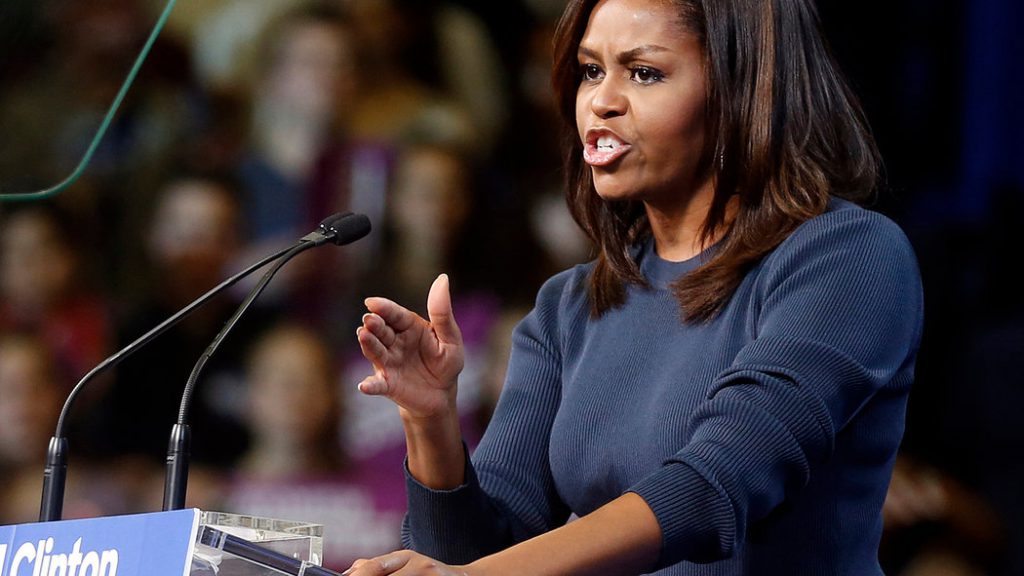 Senior officials in West Virginia have become embroiled in a race row after a county employee published a Facebook post likening Michelle Obama to an “ape in heels”.
Clay County Development Corporation director Pamela Ramsey Taylor published the post to celebrate Donald Trump’s election victory, commenting it would be “refreshing” to have a “classy, beautiful, dignified First Lady back in the White House.”
She continued to say: “I’m tired of seeing a Ape in heels”, in the post which was subsequently deleted.
Clay Mayor Beverly Whaling was also implicated in the scandal when she commented on the post saying: “Just made my day Pam.”
Both officials are now facing growing pressure to stand down for the remarks, which many called “vile” and “racist”.
The women have since apologised for the post and issued public statements, claiming their actions were not intended to be racist.
“My comment was not intended to be racist at all. I was referring to my day being made for change in the White House!” Ms Whaling told the Washington Post.
A petition calling for the dismissal of both officials had nearly 85,000 signatures on Tuesday.
A spate of racist incidents broke out across the country following Mr Trump’s election victory. At the time of writing, more than 200 incidents had been reported with experts believing the true figures to be much higher.