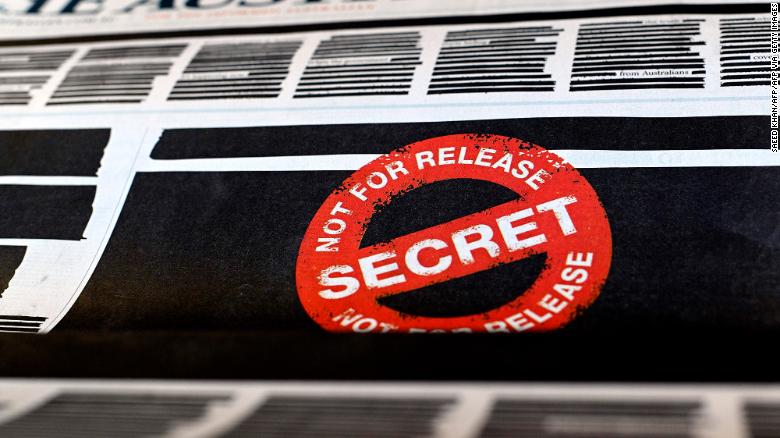 The biggest news outlets in Australia, normally fierce rivals, are uniting in support of press freedom with a campaign including blacked-out newspaper front pages and slots on prime time broadcasts.
The newspapers and networks are trying to “to highlight the constraints on media organizations under strict national security legislation,” Australia’s ABC network reported.
The news outlets have joined forces through a coalition known as the “Right to Know.” And the joint action has been designed to agitate readers into action.
“The straw that broke the camel’s back were the raids on News Corp journalist Annika Smethurst (who now faces possible criminal charges, ironically because she reported the government was considering new powers to spy on all of us) and an unrelated raid on the ABC headquarters after a report detailing incidents of Australian special forces troops killing men and children in Afghanistan,” according to the Herald Sun.
Australian police deny waging ‘war on the media,’ but more raids are possible
Those two raids, back in June, stunned press freedom advocates and galvanized opposition to Australia’s national security laws.
On Sunday night, “the nation’s broadcasters began running campaigns on air” during their prime time lineups, “depicting redacted Freedom of Information requests and arguing the media cannot fulfill its duty in keeping the public informed if its work is being hampered,” the ABC network reported.
And on Monday, Australia’s biggest newspapers ran redacted front pages, with black eraser lines symbolically scrawled all over the day’s top stories.
The redacted front pages are a “united call for greater media freedom following a sustained attack on the rights of journalists to hold governments to account and report the truth to the Australian public,” the Australian Business Review said.
The newspaper called the blackout an “unprecedented act of protest against increasing restrictions on the freedom of the press.”
Images shared via social media showed rows of newspaper front pages more than a dozen in total with blacked out news.
Source: CNN