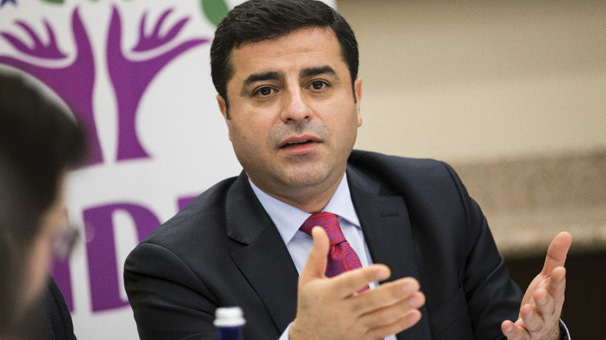 Giving comments to German newspaper Süddeutsche Zeitung, HDP Co-chair Selahattin Demirtaş said: “We do not designate PKK as a terrorist organization. However, we do define attacks targeted at civilians as terror.”
As he was asked ‘why it was so difficult for HDP to keep a distance from PKK and violence’, Demirtaş responded: “It is not difficult. I have said it thousands of times. We do not accept violence of PKK. We are absolutely not the political extension of PKK, either.
Demirtaş also added that “However, we do not have to define PKK as the government and the state defines it. Kurdish people have been subjected to state terror for a hundred years. PKK is a violent organization that has emerged as a reaction to this state terror.”