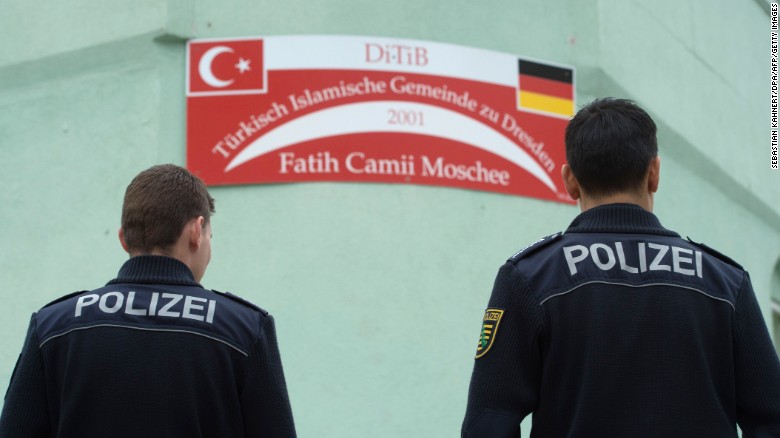 Two separate bomb attacks took place in the German city of Dresden Monday night, according to Saxony police. One of the attacks targeted a mosque while the second targeted the International Congress Center of Dresden.
No injuries have been reported from the two home made devices, only property damage, police added.
Police say they believe the attacks were related.
“Both attacks happened in the same time. Although no one claimed responsibility for the incident, we must have to consider a xenophobic motive for the attack,” Horst Kretzschmar, the city’s police chief in Dresden said in a statement, adding that police were on high alert.
Overnight, Kretzschmar had deployed police personnel to protect Islamic institutions in Dresden, as well as the Turkish General Council.
“The attack might also be relevant to the German Unity Day, which will be celebrated next weekend,” he said.