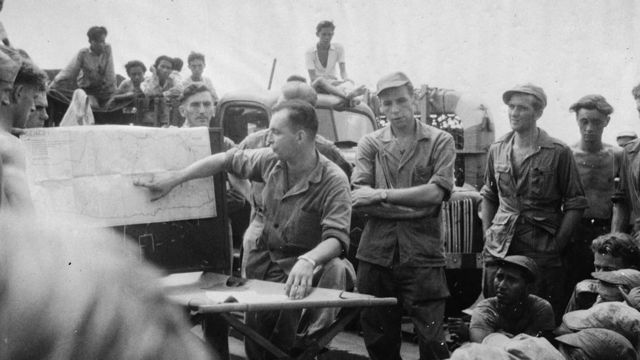 Dutch Prime Minister Mark Rutte has apologised for the systematic use of “extreme violence” during Indonesia’s 1940s war for independence.

A report on Thursday found that the Dutch army had deliberately tortured Indonesian independence fighters between 1945 and 1949.

Military leaders and politicians in the Netherlands had condoned and largely ignored the violence, the report added.

The findings have contradicted the Dutch government’s long-held view that the troops only engaged in extreme violence sporadically during the conflict.

“I offer my deepest apologies to the Indonesian people for the systematic and extreme violence on the Dutch side during those years,” Rutte told a news conference.

He also expressed regret over “the blindness of previous Dutch governments” to the matter.

The four-and-a-half-year-long investigation was conducted by experts from three historical research institutes.

“It was condoned at every level: political, military and legal,” researchers said, adding that it was not possible to give exact numbers of crimes and victims.

In 2013, the Dutch government apologised for some atrocities committed by its forces after Indonesia declared its independence from Dutch colonial rule in 1945. The Netherlands did not formally recognise the declaration until 1949.

Dutch King Willem-Alexander also formally apologised during a 2020 state visit to Indonesia for his country’s past aggression.

Previous reports had stated that Dutch troops were conducting “police actions” during Indonesia’s war for independence.

But recent pressure from relatives and survivors of Dutch military atrocities has forced the government to reassess military actions during the conflict.

“During the war, the Dutch armed forces used extreme violence on a frequent and structural basis,” the new report said.

This included “extrajudicial executions, ill-treatment and torture, detention under inhumane conditions, the torching of houses and villages, the theft and destruction of property and food supplies, disproportionate air raids and artillery shelling, and what were often random mass arrests and mass internment.”

A representative of the Netherlands Veterans Institute has criticised the findings and said former soldiers were now feeling guilty due to “unsubstantiated conclusions.”

The national Rijksmuseum in Amsterdam last week opened an exhibition examining at Indonesia’s war of independence.