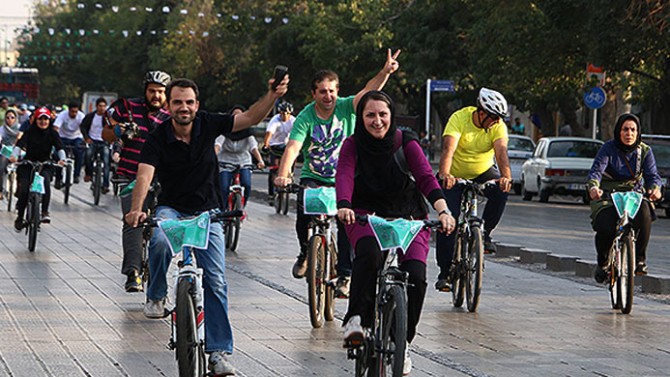 Iran’s supreme leader, Ayatollah Ali Khamenei, issued a fatwa on women riding bicycles, but that hasn’t stopped a bunch of defiant women from doing it anyway.
Women in Iran have been posting photos on social media of themselves riding bicycles, defying a fatwa forbidding them from cycling in public. Iranian women have been using social media to highlight the subject, adding the hashtag #IranianWomenLoveCycling.
Appearing on the Facebook page of a group called My Stealthy Freedom, the video shows a woman explaining that when they heard about the fatwa, they “immediately rented two bicycles to say we’re not giving up cycling.”
She added, “It’s our absolute right and we’re not going to give up.”
The Facebook page, which promotes women’s rights, has been collecting a bunch of images of similarly defiant women, each with a different story to tell.