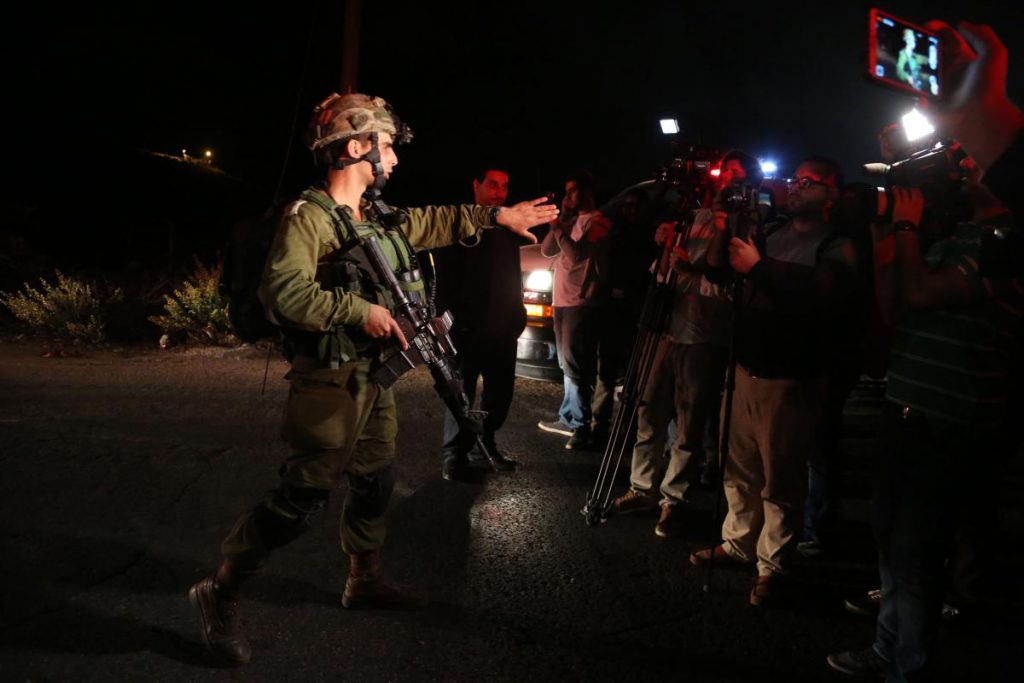 Israeli occupation forces shot an “unarmed and suicidal” 12-year-old girl in an incident initially reported by the Israeli media as a failed stabbing attack.
According to Defence for Children International – Palestine (DCIP), Bara Esawi was shot three times in the leg “for failing to halt at Eliyahu checkpoint near Qalqilya, northwest of Ramallah in the West Bank, on September 21.”
Esawi was only carrying school books in her backpack when she was shot, and told DCIP that “she missed her aunt whom Israeli soldiers shot dead at the same checkpoint in November 2015 after she allegedly brandished a knife, and wanted to ‘join her’.”
As she approached the checkpoint, “Bara said she became afraid and wanted to return, but the soldiers aimed their weapons at her and spoke to her in Hebrew.”
While in hospital, under guard by Israeli soldiers, Bara “was interrogated in the hospital without being informed of her rights, and without the presence of a lawyer or family member, and signed a statement without knowing its contents.”
Israeli authorities later acknowledged “that they found no traces of weapons when they searched Bara’s schoolbag.”
DCIP notes that “the day before Bara was shot, 15-year-old Issa Salem Mahmoud Tarairah was fatally shot at a checkpoint near Bani Na’im after he was allegedly seen carrying a knife.” A Palestinian Red Crescent paramedic said “he did not see a knife on the scene”.
Tarairah was one of four Palestinian children killed by Israeli occupation forces over 16-20 September, three of them at checkpoints. A fourth teen, Firas Moussa Mohammad Khaddour, was shot dead “after his car crashed at the entrance to the Israeli settlement, Kiryat Arba.”
An eyewitness, who was in the vehicle at the time, “told DCIP that Firas was not committing a ramming attack and that the crash was an accident.”