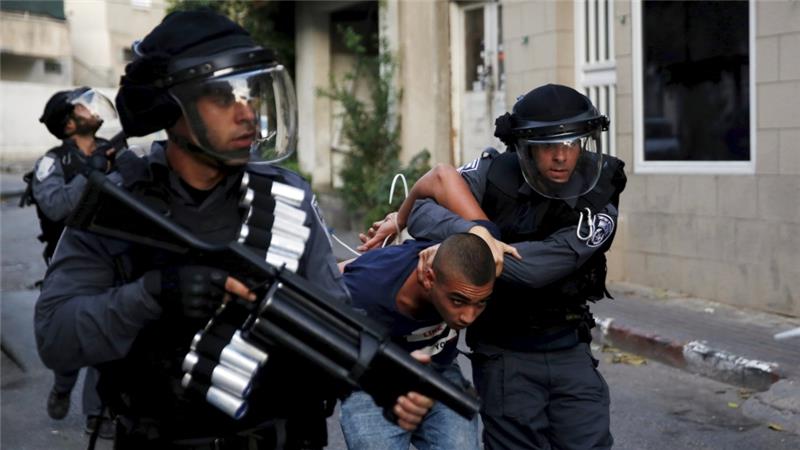 On 5 September, Israeli police conducting an early morning raid in Shuafat opened fire on a moving car.
Ali Nimir, the driver, was wounded. His brother-in-law Mustafa Nimir was killed.
An Israeli police spokesperson promptly claimed that the car’s driver had “seemingly attempted to run over officers.”
Mainstream media presented Israeli claims as facts. The news agency AFP reported, for example, that a “Palestinian would-be attacker” had been killed.
As usual, the Western press enabled Israel to get its allegations circulated before Palestinian witnesses had a chance to say anything.
Initial press reports omitted the accounts of the Nimir family. Ali and Mustafa were simply bringing home bread from a bakery, as well as clothes for Ali’s daughter, according to Mustafa’s mother and father.
One day after Mustafa’s killing, the Israeli police told his parents to visit a police station in the Beit Hanina neighborhood of occupied East Jerusalem.
The police admitted that Mustafa was “killed by mistake,” the Ma’an News Agency reported.
In this type of situation, you would think there was some hope of accountability. As the Israeli authorities had admitted a “mistake” was made, surely they could punish the officers who fired so recklessly at the car.
The incident, after all, had been recorded by a witness. The video evidence contradicts claims that Ali Nimir tried to attack the police.
Instead, the Israeli police have tried to pin all the blame on Ali.
On Thursday last week, an indictment against Ali was filed in an Israeli court. He has been charged with “criminally negligent manslaughter” and driving under the influence of drugs and alcohol, according to the Tel Aviv daily Haaretz.
Ali – not the Israeli police officers who shot the two men and killed one of them – is being accused of causing Mustafa’s death.
Of course, this is not the first time that a Palestinian has effectively been charged or punished for a crime committed by Israeli forces.