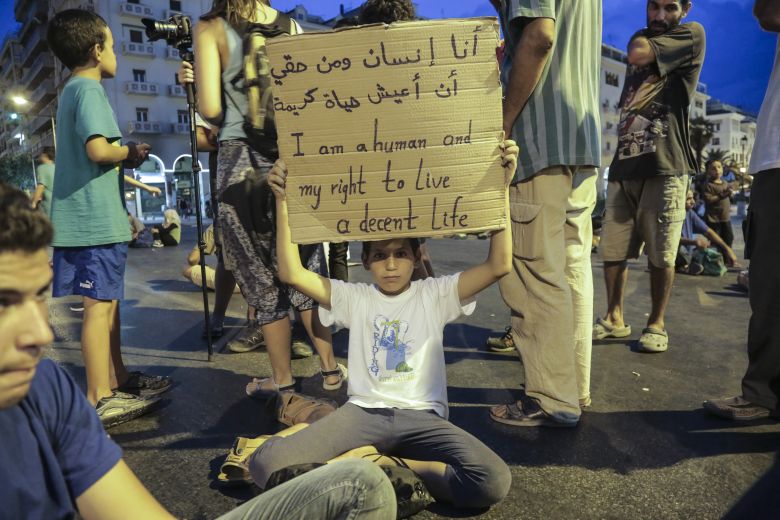 As refugees remain stranded in Greece, the fear of sexual assault in Greek refugee camps is an everyday reality.
Children and women in Greek refugee camps are struggling to survive in inhuman conditions where the probabilities of being sexually abused are so high that women fear visiting restrooms alone during the night.
According to human rights groups, the allegedly safe camps, which were built to host refugees trying to reach other EU countries, are dogged reports of sexually abused children.
A camp set up in a former Softex toilet roll factory near the outskirts of Thessaloniki, which hosts 1,400 refugees – mostly Syrian – has a high level of risk of being assault, reports state.
One volunteer serving at the Softex camp said young girls are often attacked by male gangs. An Iraqi family in particular moved away from the camp after their daughter was assaulted.
“The parents are still in disbelief over what happened. A man from one of the ‘mafia’ groups asked their seven-year-old daughter into their tent to play games on his phone and then zipped up the tent. She came back with marks on her arms and neck. Later the girl described how she was sexually abused. It has scarred a seven-year-old child for life,” the volunteer said.