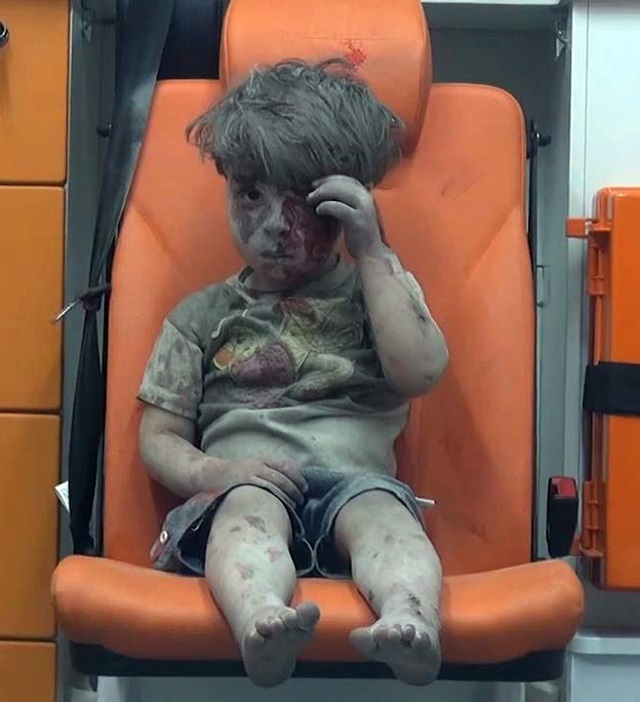 Syrian opposition activists have released haunting footage showing a young boy rescued from the rubble in the aftermath of a devastating airstrike in Aleppo.
The image of the stunned and weary looking boy, sitting in an orange chair inside an ambulance covered in dust and with blood on his face, encapsulate the horrors inflicted on the northern city and is being widely shared on social media.
The boy is identified by doctors in Aleppo as 5-year-old Omran. They say he was treated for head injuries. In the video posted late Wednesday by the Aleppo Media Center, a man carries the boy away from the rubble following an airstrike on the rebel-held district Qaterji.
The man places the stunned-looking boy in the ambulance and later wipes the blood from his face.