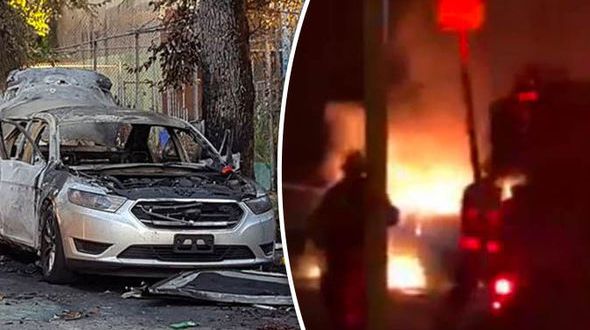 In yet another of the disturbing Islamophobic attacks occuring more and more frequently in the United States, a man in northern Philadelphia (Dauphin and Cleveland streets) is wanted for throwing a firebomb into an occupied car.
An explosive believed to be a firebomb has been thrown into a car – allegedly while the driver was still sitting inside.
It is also believed that the victim alleged the suspect shouted ‘There you go, Muslim’, before throwing the device into the vehicle.
The car has been almost completely destroyed by the suspected bomb after it set on fire .
It has been reported that the incident took place in North Philadelphia this morning at approximately 5am.