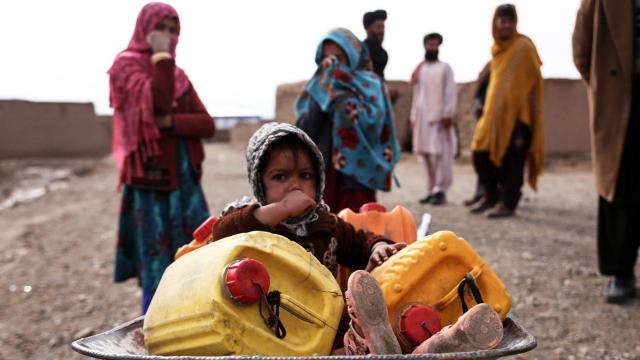 Pneumonia cases are soaring in Afghanistan, killing children who are unable to access healthcare facilities, Save the Children, a leading humanitarian organization for children, said on Monday.

“Child pneumonia is surging in the middle of a hunger crisis that is ravaging young immune systems,” it said in a statement. “The collapse of the health system, driven largely by frozen financial assets and withdrawn aid, comes at a deadly cost for Afghan children.”

One doctor at a hospital told the non-profit he had never seen so many cases of child pneumonia and severe malnutrition. According to the medical professional, 135 children had died in or on their way to the hospital last December.

“Afghanistan’s economic freefall threatens to leave more than 95% of the population living in poverty,” the statement said, adding that cost is the “biggest single barrier” to healthcare.

“Clinics across the country have been forced to close as wages for health workers have dried up,” it said, adding: “Crumbling health services is one of the direct impacts of global assets freezes and suspended development aid, both of which are choking the healthcare system.”

The aid agency called on the international community to unlock vital funding. Following the Taliban’s takeover, Afghanistan’s access to international funds was cut off.

Turkiye has pledged to deliver tons of humanitarian aid to Afghanistan as President Recep Tayyip Erdogan announced a “charity train” to help Afghan people who are in dire need.