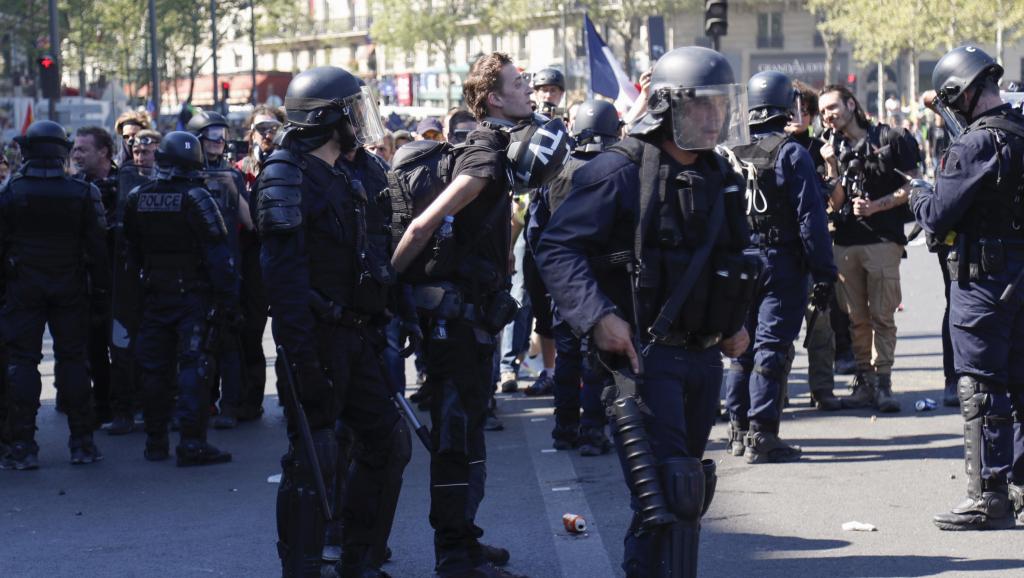 Glanz, a freelance video journalist covering social movements, was arrested while covering a demonstrations at Place de la République in Paris on Saturday.
Placed in custody for “insult to a representative of public authority” and “participation in a group with a view to causing violence and degradations”, Glanz remained in custody on Monday, awaiting referral to a court.
Police also arrested freelance journalist Alexis Kraland on Saturday but released him in the evening.
A video of the arrest shows Glanz asking a line of police officers to speak to a superintendent, claiming he was targeted by a tear gas grenade. When an officer pushes Glanz away, he gives the officer the finger, and a group of officers arrest him.
Giving the finger to a police officer is grounds for arrest on charges of insult of a representative of public authority.
Lawyer Raphael Kempf said the 48-hour period of custody was “disproportionate and illegal” and amounted to “an affront to freedom of the press and the freedom to inform”.
“If they wanted to interrogate him for giving the finger to a security officer, there is no need to keep him in custody, he could be summoned to a tribunal,” Kempf said.
Fifty journalists and others rallied in support outside the courthouse on Monday to protest Glanz’s extended detention, and the hashtag #FreeGaspardGlanz was trending on Twitter for much of the day.
Source: Rfi