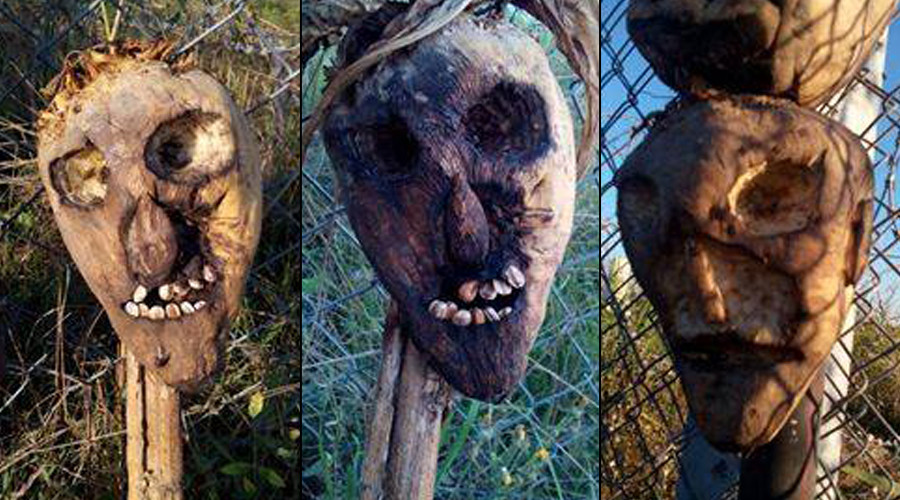 Pictures of sinister scarecrows reportedly planted to keep refugees away from the Hungarian border have appeared on social media. The photos were released on Facebook by a group that pledges support to Hungary’s police and troops, including those patrolling the border. According to the group, the figures were carved from sugar beets. And the scarecrows which look like villains from some horror movie seem to be working – asylum seekers are reportedly avoiding such areas.