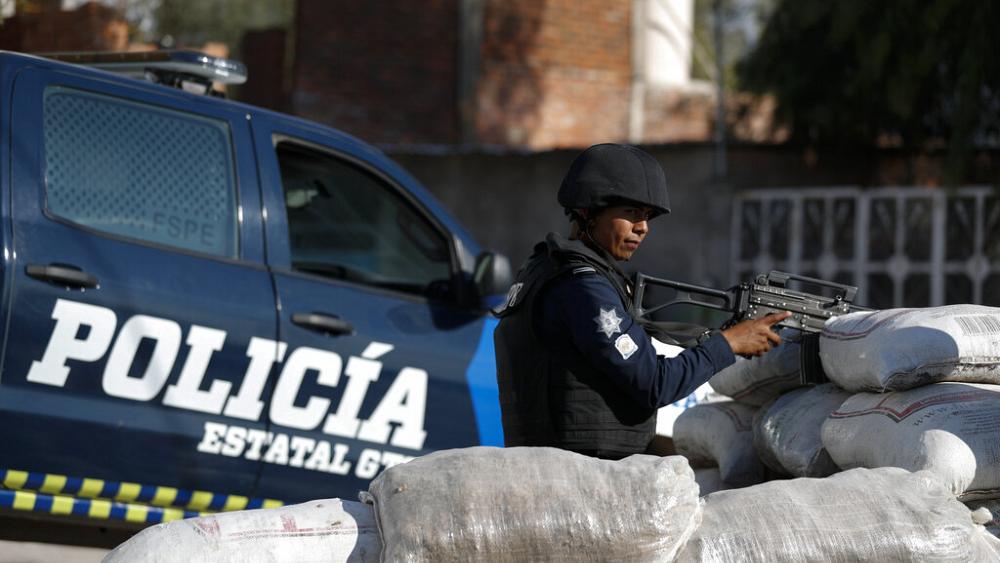 A dozen Mexican police officers have been arrested for allegedly killing 19 people, including Guatemalan migrants, whose bodies were found shot and burned near the US border late in January. The Tamaulipas state attorney-general, Irving Barrios Mojica, said all 12 officers were in custody and face charges of homicide, abuse of authority and making false statements. The killings revived memories of the gruesome 2010 massacre of 72 migrants near the town of San Fernando in the same gang-ridden state. But those killings were carried by a drug cartel, while it is likely many people will find it more shocking that the 22 January slayings allegedly were carried out by law enforcement. The attorney-general did not say what motive the officers might have had, though corrupt local and state police in Mexico were often in the pay of drug cartels.

Cartels in Mexico often charge migrant smugglers for crossing their territory, and kidnap or kill migrants whose smugglers have not paid or paid a rival gang. The bodies were found piled in a charred pickup truck in Camargo, across the Rio Grande from Texas, in an area that has been blighted for years by turf battles between the remnants of the Gulf cartel and the old Zetas cartel. Authorities have said four of the dead have been identified so far – two Guatemalans and two Mexicans. Their names have not been released by officials, but relatives of one of the dead Mexicans said he worked as an immigrant trafficker. Of the 19 bodies examined by experts, 16 were male, one was female and the two others were so badly burned their gender had not yet been determined.
The forensic results confirmed the fears of families in a rural Indigenous farming community in Guatemala who have said they lost contact with 13 migrants as they travelled toward the United States. The truck holding the bodies had 113 bullet impacts, but authorities were confused by the fact that almost no spent shell casings were found at the scene. Initially, that led investigators to speculate the shootings may have taken place elsewhere, and the truck driven to the spot where it was set on fire. But Barrios Mojica said the state police officers charged in the killings knew their shell casings might give them away, so probably picked them up.

In describing the hours that led up to the killings, Barrios Mojica said the truck carrying the victims was apparently part of a larger convoy of vehicles transporting migrants to the US border. He said the trucks also carried armed men to provide protection. Barrios Mojica did not rule out that the reason for the killings may have been a dispute between drug gangs, which fight over territory and the right to charge migrant smugglers for passing through “their” territory. The massacre is the latest chapter in Tamaulipas’ history of police corruption. Most towns and cities in the state saw their municipal police forces dissolved years ago, because officers were often in the pay of the cartels. A more professional state police force was supposed to be the answer, a belief that came crashing down with the arrests announced Tuesday. A repeat of the 2010 massacre has long been one of the Mexican government’s worst nightmares. In August 2010, Zetas cartel members stopped two tractor-trailers carrying dozens of mostly Central American migrants and took them to a ranch in the Tamaulipas town of San Fernando. After the migrants refused to work for the cartel, they were blindfolded, tied up on the floor and shot dead.