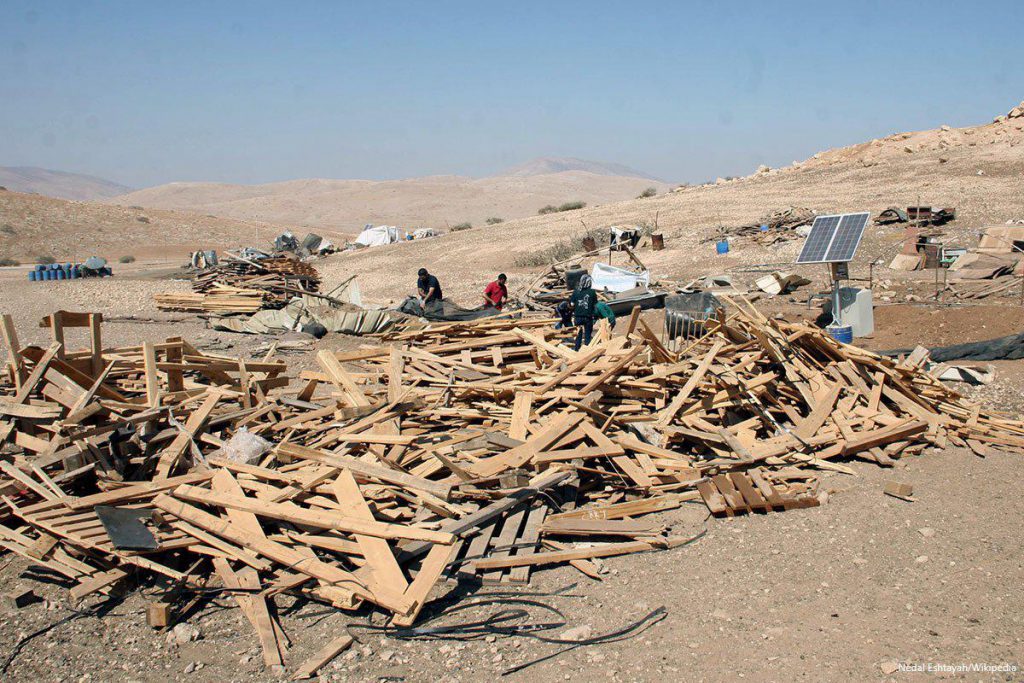 Some 2,000 Palestinians in the Jordan Valley have been affected by Israeli demolitions since the start of the year, according to United Nations figures.
Reporting on the data, Israeli newspaper Haaretz said the number is “particularly high” because Israeli occupation forces have targeted “water networks to several communities in the valley”.
In 2016 to date, up to 9 October, the Israeli army and so-called Civil Administration officials – the body which manages the day-to-day affairs of the occupation – have conducted “35 destructive raids in the Jordan Valley”.
Palestinian homes and other structures are routinely demolished for lacking a permit – which for residents of “Area C” (60 per cent of the West Bank) are impossible to obtain. During the 35 raids, Israeli forces even “confiscated or destroyed 19 toilet structures”.
On 8 October, for example, “the target was a 3,500-cubic-metre network of water pipes.” Israeli occupation forces “confiscated about 1,000 meters of pipes and dismantled others.” The network “was intended to provide water to some 900 people in at least five agricultural communities.”
The very next day, there was “a massive demolition” at Khirbet Ras Al-Ahmar, where Israeli bulldozers “demolished 10 residential buildings as well as 17 sheep pens and chicken runs belonging to nine families.” Some 24 people lost their homes “within minutes”.
In Area C as a whole, Israeli authorities have destroyed 780 Palestinian structures since the start of the year, compared to 453 in 2015. “The number of people who have lost their homes as a result of the demolition activity amounts to 1,129, compared to 580 last year.”
In addition to demolitions, since the start of 2016, the Israeli army “has forced 67 Palestinian families in the Jordan Valley to evacuate their communities due to training exercises it conducted on their land – whether for several hours in one day, or for most of the day on consecutive days.”