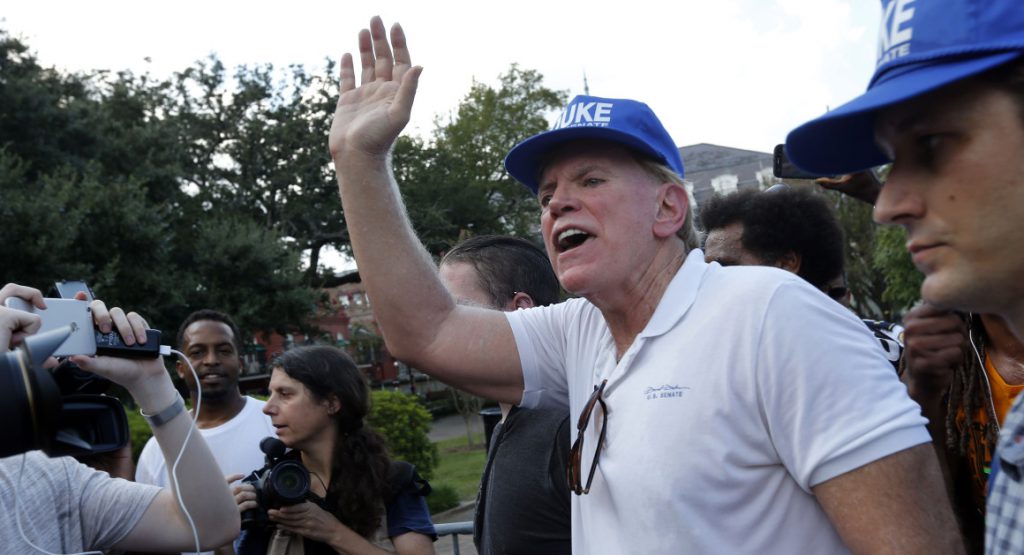 KKK, neo-Nazis and militias plan to monitor urban polling places and suppress the black vote.
Neo-Nazi leader Andrew Anglin plans to muster thousands of poll-watchers across all 50 states. His partners at the alt-right website “the Right Stuff” are touting plans to set up hidden cameras at polling places in Philadelphia and hand out liquor and marijuana in the city’s “ghetto” on Election Day to induce residents to stay home. The National Socialist Movement, various factions of the Ku Klux Klan and the white nationalist American Freedom Party all are deploying members to watch polls, either “informally” or, they say, through the Trump campaign.
The Oath Keepers, a group of former law enforcement and military members that often shows up in public heavily armed, is advising members to go undercover and conduct “intelligence-gathering” at polling places, and Donald Trump ally Roger Stone is organizing his own exit polling, aiming to monitor thousands of precincts across the country.
Energized by Trump’s candidacy and alarmed by his warnings of a “rigged election,” white nationalist, alt-right and militia movement groups are planning to come out in full force on Tuesday, creating the potential for conflict at the close of an already turbulent campaign season.
“The possibility of violence on or around Election Day is very real,” said Mark Potok of the Southern Poverty Law Center. “Donald Trump has been telling his supporters for weeks and weeks and weeks now that they are about to have the election stolen from them by evil forces on behalf of the elites.”