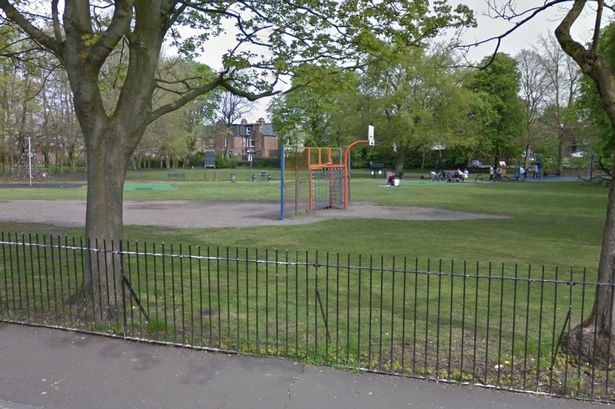 Manchester Evening News reports on an alleged racist assault on a young Muslim boy in Chorlton, Greater Manchester last week (22 September).
Rosina Sheraz posted a message on Facebook following the incident in which her 13 year old son was repeatedly called a “P***” before being punched in the face by another boy.
The incident happened at around 7.20pm when the victim was playing football with friends at Beech Road Park in Chorlton.
Ms Sheraz told the paper, “My son was in the park with four of his friends and there was another group of boys there. They came over to my boy and asked if they could ride on his bike and he said no because he didn’t know this other boy.
“This boy got on the bike and was trying to ride off with it but my son wouldn’t let him.”
The boy then began kicking a ball at her son and when he hit another child, Ms Sheraz said the bully apologised saying “Sorry, I meant to hit the P*** boy”.
Ms Sheraz claimed the boy then said “I want to get the P*** boy” and when her son asked “what did you say?” the boy punched him in the face.
The bully is said to have boasted about the attack on Snapchat posting the message: “Kid got a fat bomb to his jaw he was sinking mate”. It is also believed the alleged assault was filmed by one of the boys on a smartphone.
Ms Sheraz said: “I’ve lived in Chorlton for 13 years and I’ve never had this. I haven’t heard that kind of language for about 30 years. It’s shocking.”
She later posted a message on Facebook to alert other parents to the incident.